Romain Grosjean has bowed out of his full-time driver duties. Although he expressed his desire to return to the Formula 1 as a substitute driver should any driver be unavailable. Having said that, until that happens, Grosjean has found a team as an alternative. Driving for Dale Coyne Racing in the IndyCar series.

Earlie Team Mercedes’ Toto Wolff emphasized on giving Grosjean the opportunity to drive their car to allow him bid farewell to the sport. Wolff stated, “In an interview with Autosport, he said, “If we are allowed to do this, and nobody else within his universe of teams that he raced [for] would provide him with such an opportunity, we would do this.”

“At the minute, I think they’re absolutely flat out in building the new car for the new season. So I won’t phone Toto right now, but he can expect to get a phone call, eventually, and me ask him to have a go at it.”

He concluded, “The offer really touched me in a good way. I was surprised that it was such a natural way of going for it and obviously I would love to do it. “

In an interview with Autosport where he was questioned about his return to the F1 grid, the Frenchman said. “I think it’s a closed book, but never say never, If there are any good opportunities in Formula 1. I would be more than happy to jump in.

“I’ve got the experience, and I think I can adapt myself to the car. We’ve seen with Pierre Gasly recently being positive with COVID, that COVID is still around, so there’s always a risk that a driver may not compete in a race.

“Then, the most recent out of Formula 1 is Kevin [Magnussen], myself and Alex Albon, so we’ve got the experience and we know the most recent cars. So you could expect to get a call.”

Also Read: In the 1st season Mick Schumacher analysis what needs to be… 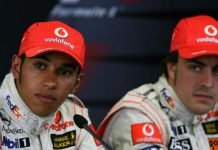 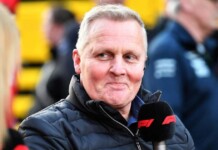 Lewis Hamilton is Better than Michael Schumacher; Max Verstappen Will be Even Better: Johnny Herbert 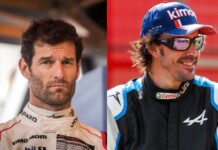 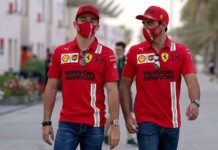