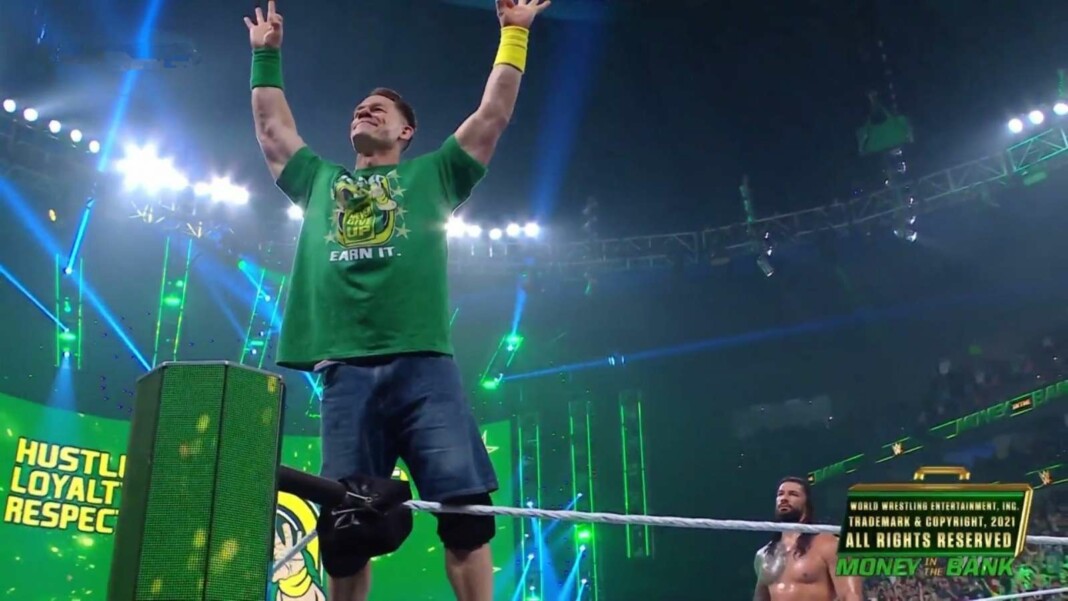 Money in the Bank saw Roman Reigns defending the Universal Championship against Edge. Though the match and the aftermath had 6 different superstars coming out, one among them was the legendary franchise player, John Cena. The other superstars who came out during the match were the Usos, Rey Mysterio, Dominik Mysterio, and Seth Rollins. The match was the highlight of the show but in the end, Seth Rollins came out and helped Roman Reigns retain the Universal Championship.

The match saw Reigns dominating in the beginning but Edge turning things around with the Edge-a-cution. The Usos came out to stop Edge when he had the crossface locked in on Reigns. Mysterios came out and stopped Usos before they could even distract Edge. Seth Rollins, who failed to win the Money in the Bank contract, came out and delivered a super kick to Edge helping Reigns retain. After the match, Rollins said Reigns was the champion because of him.

John Cena then returned and stood face-to-face in front of Reigns making the rumors true. It is still not official, but is confirmed that John Cena would face Roman Reigns at SummerSlam. Rollins on the other hand made it clear that he had sights on both Edge and Roman Reigns.

Though the match was full of action and entertainment, it was John Cena who stole the moment from Reigns after his return.

Here’s how everyone reacted to Roman Reigns retaining and John Cena returning:

After Seth Rollins attacked Edge and helped Reigns retain the Universal Championship, he said Reigns was champion because of him.

Ryan Disdier mocked Roman reigns’ family and said if Reigns had the Usos, John Cena had his Fast and Furious family

ALSO READ: Why Roman Reigns retaining the Universal Championship was a mistake