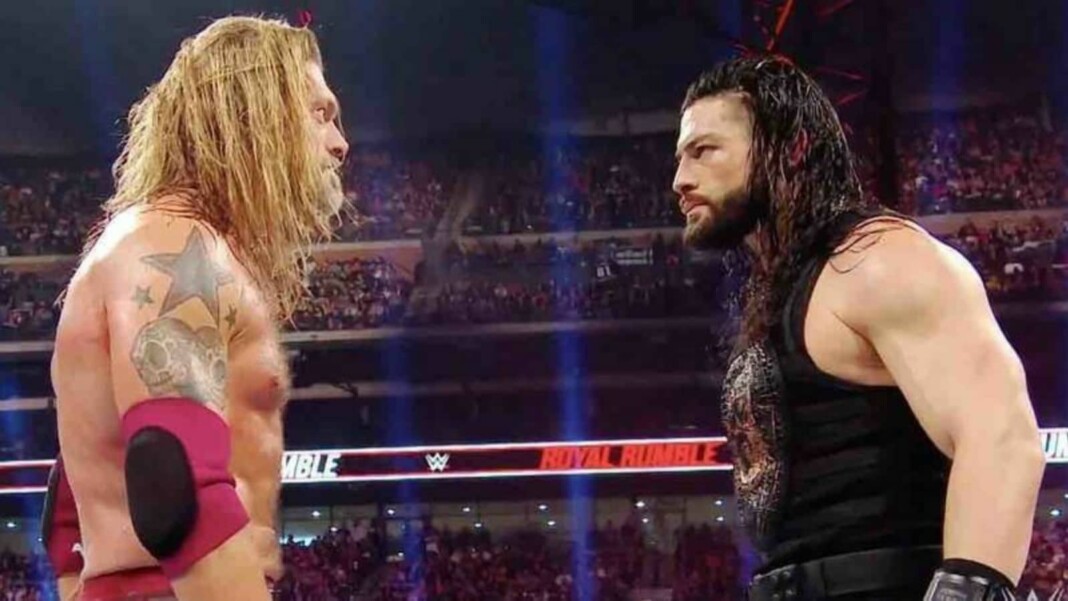 The WWE fans were left wondering about the challenger for Roman Reigns’ Universal Championship for the Money in the Bank pay-per-view after the Samoan wrestler defeated Rey Mysterio in a Hell in a Cell match on Smackdown. It looks like the call of the fans has been perfectly answered by the brand with a gripping storyline all set up for the mega event.

This week on Friday Night SmackDown, WWE Hall of Famer Edge made his surprise return to WWE during the dying stages of the show. The Rated-R superstar interrupted Universal Champion Roman Reigns’ in-ring segment and launched a deadly attack on him. SmackDown went off air with Edge standing tall and Roman Reigns floored as a result of the attack.

WWE revealed exclusive footage of Edge after his SmackDown return on this week’s Talking Smack. The Rated-R Superstar confronted authority figures Adam Pearce and Sonya Deville backstage and wasted no time in demanding a one-on-one title shot against Roman Reigns at the upcoming PPV.

“I want the match that should’ve happened at WrestleMania. Edge vs. Roman Reigns for the Universal Championship, one-on-one. I want it at Money in the Bank. And I ain’t asking, I’m demanding”

Adam Pearce immediately agreed to Edge’s demand and announced the same. Roman Reigns vs. Edge for the Universal Championship is now official for WWE Money in the Bank 2021. The pay-per-view is set to take place on July 18, 2021 at Dickies Arena in Fort Worth, Texas, in front of the returning live crowd.

WWE Hall of Famer Edge went on to win the 2021 men’s Royal Rumble match earlier this year. Post his victory, Edge chose to face Roman Reigns at Wrestlemania 37 along with Daniel Bryan, who also made his way into the match, turning it into a triple-threat. But in the end Wrestlemania 37 turned out to be Reigns’ night as the former Shield member emerged victorious after a scintillating display by the three wrestlers.