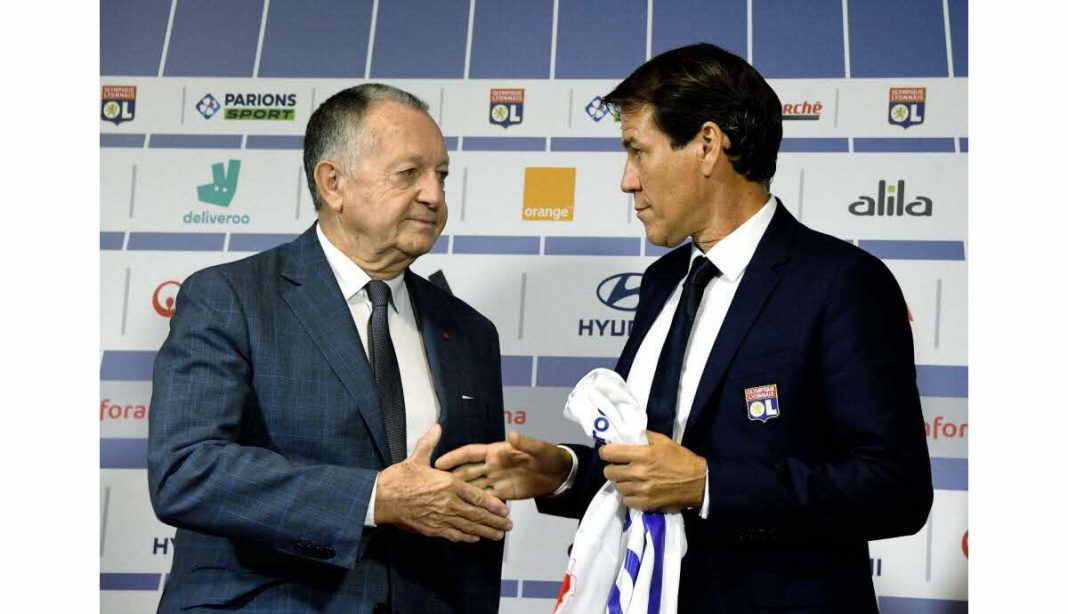 President Jean-Michel Aulas of Lyon gave credit to coach Rudi Garcia after the stunning 3-1 quarter-final win over Manchester City in the Champions League.

Despite advancing past Juventus in the previous round, the Ligue 1 side were underdog for the game against City but they created a unforgettable success.

In the first period Lyon opened the scoring, while City appeared dissatisfied with Guardiola’s modified set-up and starting 11, opting to go for a back three.

“It’s a huge achievement, well done to Rudi, Juninho [sporting director] and to the players who were magnificent. We had a terrible year, we started badly, we changed coaches, we had terrible injuries. We were able to recruit and react strongly.

“Garcia is a boy who does his job well. We had identified him to straighten out OL. He knew with humility, and sometimes difficulties, to do his work.

“It is the evolution towards what we have wished. Juninho knew how to support him in difficult times. It is a confirmation for me, he deserves the recognition.”

“We are living fantastic moments, I’m very happy. It’s great to have been able to string together a qualification against Juve and then against City.

“We know they [Juve and City] are fantastic powers. We feel that normally this team [City] should have progressed, it’s a feat and a kind of resonance compared to everything we have been through in recent months.

“The players seized on this injustice which has nailed us to seventh place in Ligue 1. We are making results, we had to beat this team. It was excellent coaching from Rudi. I think of all our supporters who find pride again.”

Also read: He is not going to sleep very well – Linekar on Sterling’s miss versus Lyon