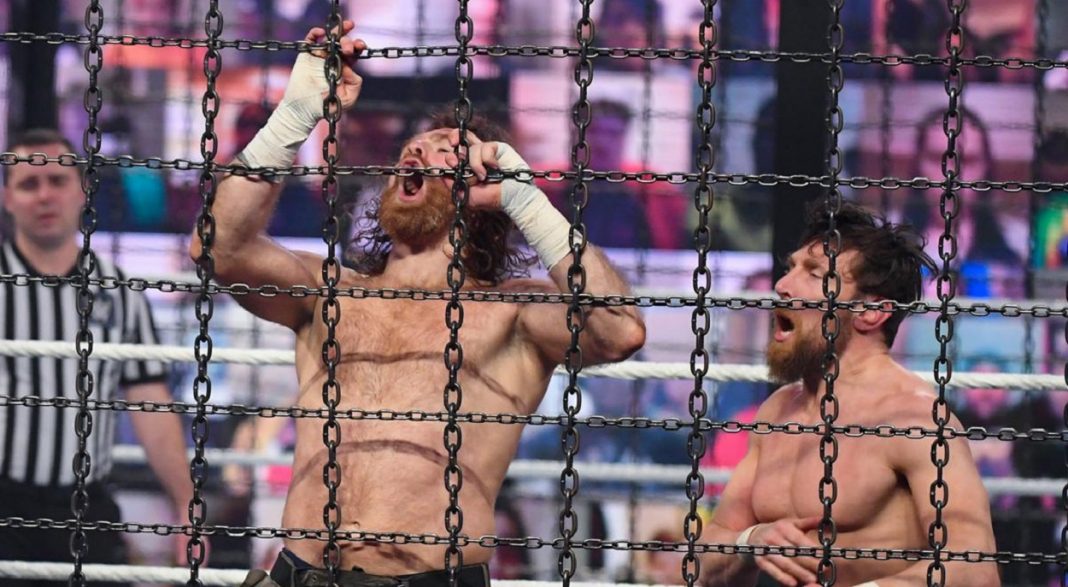 Former WWE Intercontinental Champion Sami Zayn will be revealing WWE’s conspiracy against him. Since the last few months, Zayn and his team has been filming a documentary. He aims to reveal all the wrongdoings of the company

Sami Zayn recently took to Twitter to mention that he is researching for his documentary. The research will be focusing on WWE’s recent PPV, Elimination Chamber. Zayn was a part of the Elimination Chamber match, in which Daniel Bryan emerged victorious.

When it was Zayn’s turn to come out of his pod and enter the match, he simply refused to do so. Zayn held his door locked and kept teasing his opponents. But while he held the door, Cesaro entered the pod from the back door and attacked Zayn. But this wasn’t all, Zayn also pointed out another WWE wrongdoing.

Omos accompanied Styles for the WWE Championship Elimination Chamber match. Even before it was Styles’ turn to come out of the pod, Omos broke the door open. On the contrary, Zayn’s documentary team was asked to leave the ringside before the match began.

The match which Zayn has been complaining about, was won by Daniel Bryan. A win in the match made Bryan the No.1 Contender for the Universal title. The match took place right after the Chamber match.

Bryan lost the match. While Roman Reigns was posing with his title, 2021 Royal Rumble winner, Edge attacked him. The Rated R Superstar made it clear that he is challenging Reigns for the Universal title at Wrestlemania 37.