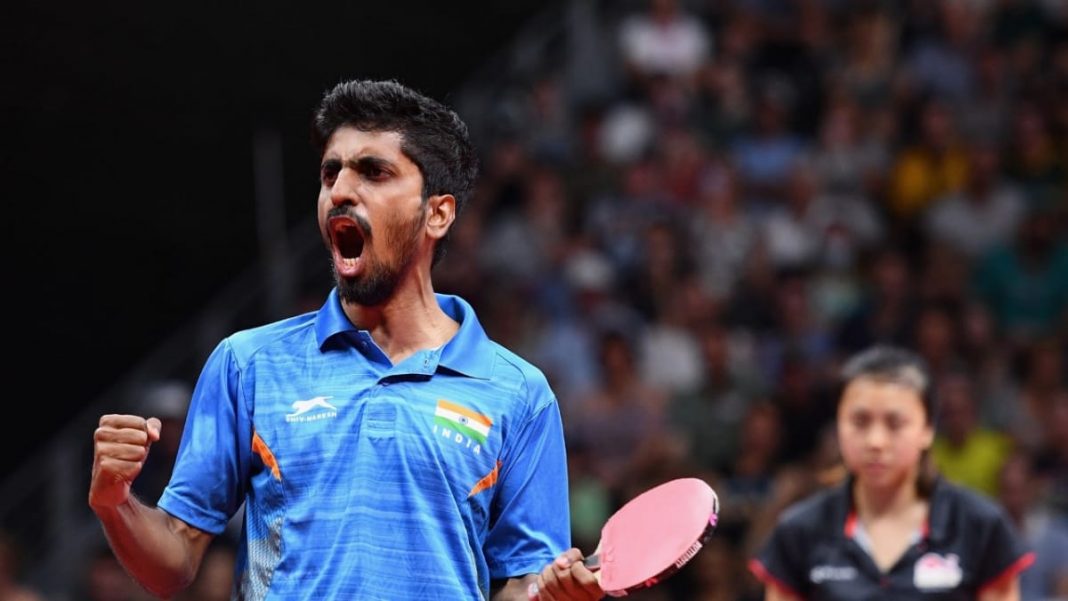 The final of the table tennis national championship had always been one of agony and heartbreak for Sathiyan Gnanasekaran. The title had been eluding him for quite some time as he had lost as many as three times in the final. Further, when he qualified for the fourth final this year, he was up against Achanta Sharath Kamal who is the highest ranked Indian at present. He was hence, not by any means the favorite heading into the tie.

However, Sathiyan came up with a stupendous performance to finally win his first title. Soon after he clinched the title, he pointed at his paddle and jersey before soaking in the moment. His coach S Raman who won the title four times in his career was in tears as the title that had eluded Sathiyan was finally won.

Sathiyan takes to Twitter to react on his win

Sathiyan took to his Twitter handle to react on his success at the national championship. He wrote, “NATIONAL CHAMPION. The wait was worth it. Was certainly a terrific match with the legendary @sharathkamal1 in the Men singles finals and happy to start 2021 on a winning note.” He then followed it up by thanking his coach S Raman and stated that perseverance is the key to success.

Finally, Sathiyan thanked his entire family, fans and well-wishers before dedicating the win to his late father writing, “A big one off the bucket list and dedicating this special win to my late Father !!”

Now that the national championship is off his bucket list, Sathiyan will focus on the Olympic Qualifiers now.