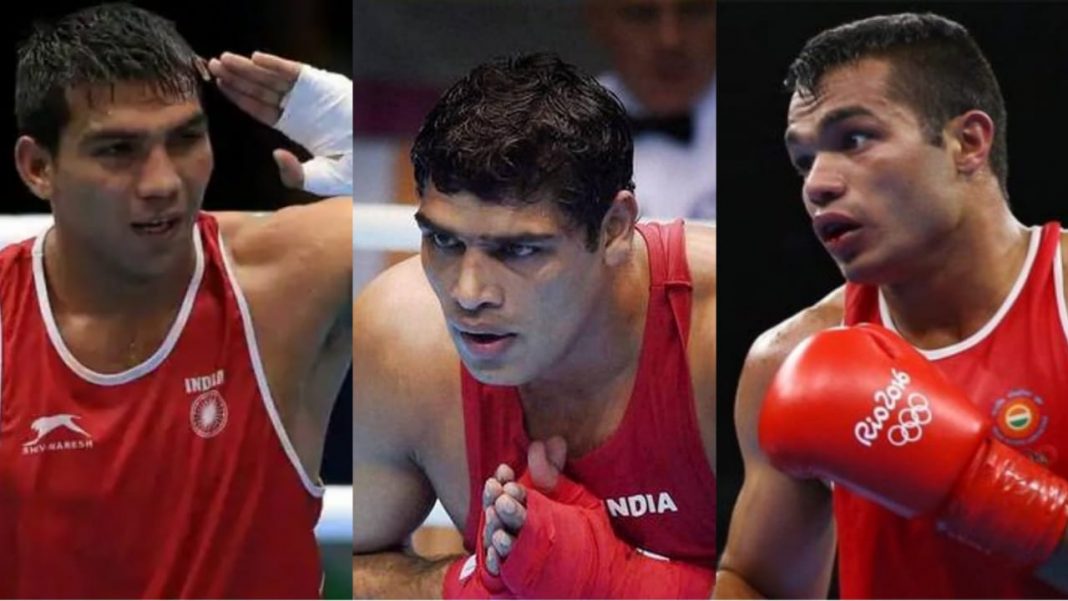 The Indian boxers came up with a strong showing in the 35th Boxam International Tournament which is currently underway in Castellon, Spain. A majority of Tokyo Olympic-bound boxers advanced to the semi-final in their respective categories but the biggest surprise was Amit Panghal bowing out in the quarter-final of the 52 kg category despite being considered to be the favorite to win it.

Vikas Krishan and Manish Kaushik came up with strong performances to advance to the semi-final in the 69 kg and 63 kg categories respectively on Thursday. Similarly, Satish Kumar and Ashish Kumar advanced to the semi-finals in the 91+ kg and 75 kg respectively on Friday. All four assured themselves of at least a bronze medal at the tournament and it would hold them in good stead for the Tokyo Olympics.

All eyes were on ace boxer Amit Panghal and it was widely expected that he would walk home with at least a medal from the tournament. However, Gabriel Escobar of Spain came up with an inspired showing to condemn his Indian opponent to a stunning defeat. It wasn’t a particularly good fight put up by Panghal as he seemed to start slowly which was exploited to great effect by his opponent.

It took a few minutes for Panghal to get to his rhythm and by the time he started to bounce back, it was too late and the damage had been done. The match ended in a split decision loss for the 23-year-old.

Also Read: Vijender Singh set to return on March 19; will fight on the rooftop deck of Majestic Pride Casino Ship in Goa!

Mike Tyson returns to All Elite Wrestling ahead of possible bout with Evander Holyfield!

“This Jake Paul bullshit is so disrespectful to all the real fighters,” Marvin Vettori chides media for giving attention to Jake Paul fight