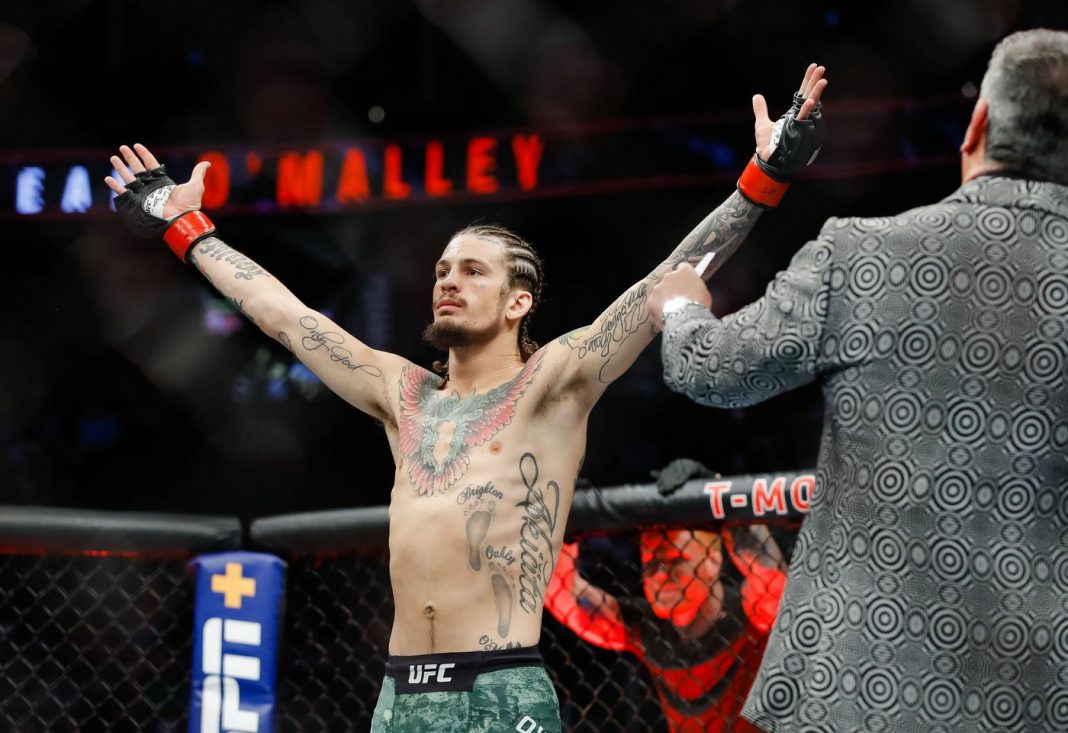 ‘Sugar’ Sean O’Malley was on a high before he was stopped for the first time in his MMA career, against Marlon Vera at UFC 252. He hasn’t fought since then and is now just 3 days away from his fight against Thomas Almeida at UFC 260.

In a recent promo video released by the UFC, which shows both the fighters Thomas Almeida and Sean O’Malley, talking about their ambitions, Sean O’Malley can be seen speaking about his fatherhood (he recently became a dad to a baby girl named Elena). He also can be seen exclaiming that he would be the world champion soon.

‘As a fighter, being a father hasn’t really changed me‘ – Sean O’Malley

Sean O’Malley says, “2020 I know was a tough year for a lot of people but it was the best year of my life, hands down. Being a dad is the coolest experience I’ve ever had. As a fighter, being a father hasn’t really changed me, to the same goal – be world champion and now that I have a baby girl, doesn’t change that.” [H/T FirstSportz]

Sean O’Malley is coming off that loss against Chito Vera after being previously undefeated. The defeat actually took a toll on him, and he still feels that he hasn’t lost that fight. He will be looking forward to getting back to winning ways after that small blip.

His opponent, Thomas Almeida, on the other hand, is coming off a unanimous decision loss against Jonathan Martinez at UFC Fight Night : Ortega vs Korean Zombie. Bring on the 27th of March!

Also Read : Jon Jones is back to number 1 in the pound-for-pound; Conor McGregor breaks into the top 15 once again!