It wasn’t the best of the weekend for 4-time world champion Sebastian Vettel at Portimao as he couldn’t finish inside the points again. Vettel is yet to open his account this season for Aston Martin.

Although, the Saturday qualifying was better than he had hoped for. He reached Q3 for the first time since the British Grand Prix back in August, when he was driving for Ferrari. He started the race at P10 on soft compound tyres. But the German wasn’t able to find race pace on Sunday on the mediums and finished P13.

“[It] was quite a busy and difficult race with a very long stint on the medium tyres,” Vettel said after the race.

“I think after 10 laps it was difficult to really keep close to the group ahead [featuring McLaren’s Lando Norris, the two Ferraris of Carlos Sainz and Charles Leclerc, Alpine’s Esteban Ocon and AlphaTauri’s Pierre Gasly] and we just couldn’t stay with them and ultimately lost out. It looks like overall, we just didn’t have enough pace today to score points.”

Vettel also agreed for lacking straight line speed. He added that the Saturday qualifying will be very important and he would focus a lot on it.

He said: “I think we understand the car better and better but we are lacking a bit of speed, so we need to work on that. I don’t think we could have done anything different with the strategy, but overall, we did not have enough pace or consistency to hold onto the group fighting for points.”

“On the positive side, I will have some new parts on my car next week, which we feel are a step in the right direction. But the real priority is to have a clean Saturday, which is the key to a better Sunday.”

We won’t have to wait much longer to hear ‘Light out and away we go’ again as the paddock returns to Barcelona this week for the Spanish Grand Prix. 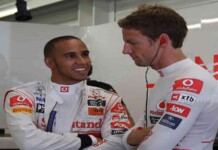 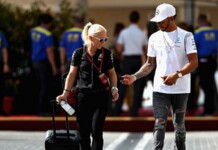