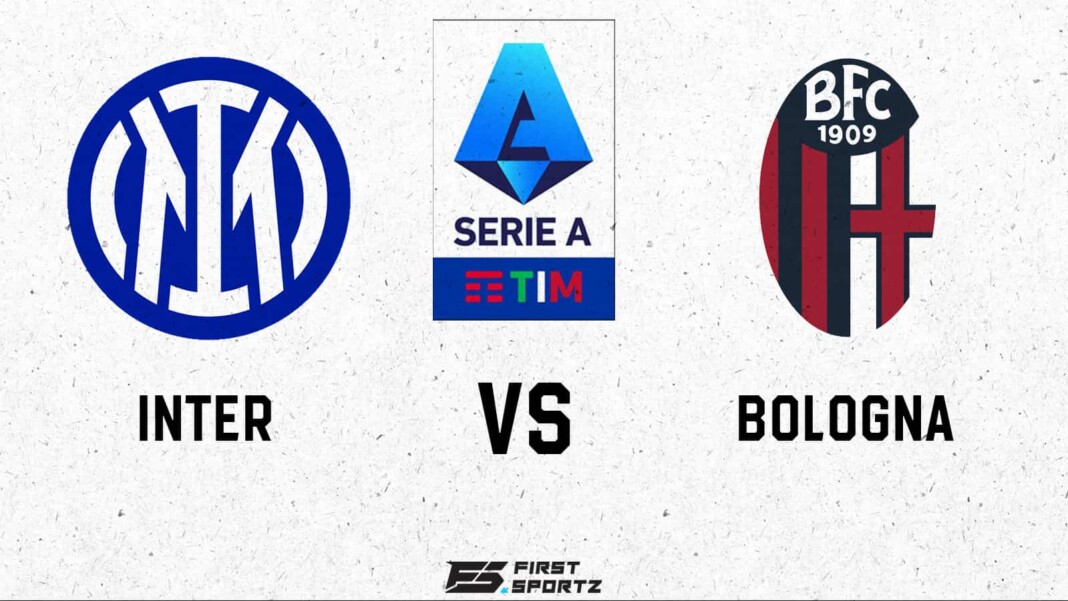 Italian champions Inter Milan ran riot against Bologna and registered a 6-1 victory. Inter Milan was completely dominant over a hapless Bologna who struggled throughout the ninety minutes. Lautaro Martinez, Edin Dzeko, Barella, Milan Skriniar and Vecino all got on the scoresheet for Inter Milan. Arthur Theate got the solitary goal for Bologna.

Samir Handanovic(6/10)- The goalkeeper hardly had much to do as his defence was very strong and didn’t need him much. However he did provide a fine save in the first half from Soriano.

Milan Skriniar(8/10)- The big defender scored the first goal early on as he converted Dimarco’s cross to glance it past the Goalkeeper.

Stefan De Vrij (7/10)- Very strong defensively and partnered well with Milan Skriniar at the heart of the defensive line.

Alessandro Bastoni(7/10)- Bastoni as well put in a good shift and looked always in control during the match.

Denzel Dumfries(8/10)- A brilliant performance from Denzel Dumfries as he adjusted brilliantly into the midfield and combined very well on the right with Lautaro Martinez for the first goal.

Nicolo Barella(8/10)- The midfielder was bright throughout the match and got his reward in the first half as he poked in a loose ball for the third goal.

Marcelo Brozovic(7/10)- A very impressive performance from the Croatian international as he commanded the midfield play for Inter Milan.

Matias Vecino(8/10)- Vecino got a great opportunity in the second half to score and didn’t miss it. The Uruguayan international found himself at the end of a loose ball in front of goal and slammed it home.

Federico Dimarco(7/10)- Dimarco played on the left hand side of the midfield and attackinh wise was very strong. His deflected shot resulted in the fourth goal.

Lautaro Martinez (9/10) – A commanding performance from the Argentine international. He scored the first goal after the assist from Dumfries. He had a shot off the post in the second half.

Joaquin Correa.(5/10)- a disappointing game for Correa as he had to be substituted in the first half for Edin Dzeko.

Edin Dzeko (9/10)- Super sub Edin Dzeko had a tremendous performance as he registered two goals in the second half to completely dominate.

Aleksandr Kolorov (6/10) – the Slovakian international came on for Bastoni to slot into the left side of the defensive line.

Roberto Gagliardini(6/10)- Gagliardini replaced Brozovic in the heart of the midfield.

Alexis Sanchez (7/10)- Sanchez played a smart ball down the line for Dimarco in the end whose shot was saved.

Lukas Skorupski (5/10)- An unfortunate outing for the Bologna goalkeeper who received absolutely no support from his defenders. He made some crucial saves in the end to prevent the scoreline from getting worse.

Lorenzo De Silvestri(5/10)- He was the first player from Bologna to be booked by the referee after a clumsy challenge on Correa in the first half,

Gary Medel (5/10)- The centre back made a crucial block to prevent Edin Dzeko from tapping in the seventh goal.

Kevin Bonifazi (5/10)- Another Bologna defender who was horrid in the match. Left too much space and Lautaro Martinez completely capitalised on that.

Aaron Hickey(5/10)- Was continuously troubled by Dumfries and couldn’t keep up with the Dutchman and eventually got a yellow card for a rash tackle.

Mattias Svanberg (5/10) – The midfielder was completely outrun by the deadly combination of Nico Barella and Brozovic and couldn’t keep up.

Nicolas Dominguez( 5/10)- Had a terrible game and was slow in possession and left far too much space in the heart of the formation for Bologna.

Skov Olsen(6/10)- The youngster tried till the very end but failed to make any impact. Olsen continuously tried to dribble past the Milan defence bit failed.

Jonathan Soriano(6/10) He made a good run into the Inter Milan box and played a cross to Sansone whose shot was high and wide.

Nicola Sansone(7/10)- Among the few Bologna players who looked like he could’vemade things happen. Quick in attack but was not clinical.

Marko Arnautovic.(7/10)- Was completely alone at the front of the attack and couldn’t do much. Had he received support, Bologna could’ve scored more.

Musa Barrow ( 8/10)- A very bright prospect for Bologna who was extremely good since coming on and provided the assist for the sole goal.

Arthur Theate( 8/10)- The Dutch defender scored the solitary goal for Bologna from the cross of Musa Barrow.

Sydney van Hooijdonk(5/10)- The striker came on in a bid to get some salvation for Bologna.

Emanuel Vignato(5/10)- Bologna brought in yet another striker to replace midfielder Svanberg to attack Milan.