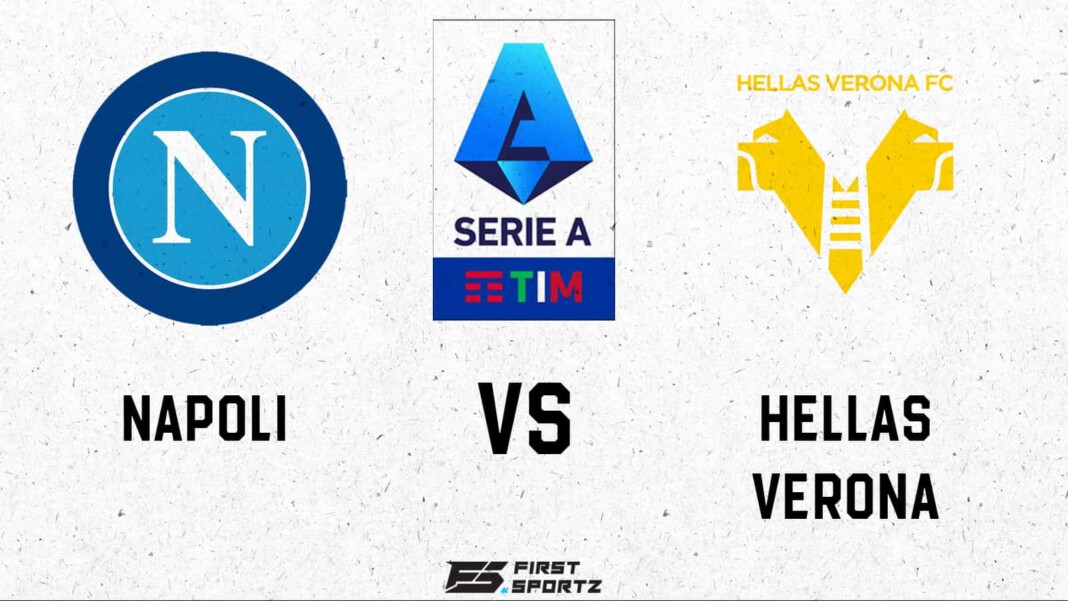 Napoli go head to head against Hellas Verona in matchday 12 of Serie A on Sunday 7th November. Ahead of the game here is our Napoli vs Hellas Verona live stream, preview and prediction details.

Napoli just about managed to nick all three points against the newly promoted Salernitana side in their last game. Spaletti’s men were unable to find the back of the net in the first half with the score at 0-0 at halftime. Piotr Zielinski broke the deadlock in the 61st minute. However their star defender Koulibaly was sent off as he brought down Simeon Nwankwo. Napoli are top of the table with AC Milan also level on points but the side from Naples have a superior goal difference.

Hellas Verona recorded a huge 2-1 win against Juventus in their last league game. Man in form Giovanni Simeone scored twice in the first 15 minutes. The young Argentinean forward now has eight league goals this season just one shy of top scorer Ciro Immobile. Weston Mckennie pulled one back for Juventus in the 80th minute but Igor Tudor’s side made sure they get the three points against the old lady. Verona are 9th in the table with 15 points.

Napoli will host Hellas Verona at the Diego Armando Maradona Stadium in Naples, Campania, Italy. It is also known as the San Paolo Stadium. It is the third largest stadium in Italy and is a UEFA category three stadium. It has been the home ground of Napoli since 1959 and has a total capacity of 54,726 seats.

Napoli will be a big test for Hellas Verona but they have the form and momentum on their side. The home side will also be without their first choice centre Koulibaly after his red card against Salernitana. However we still predict the leaders to take all three points in what will be an interesting matchup.