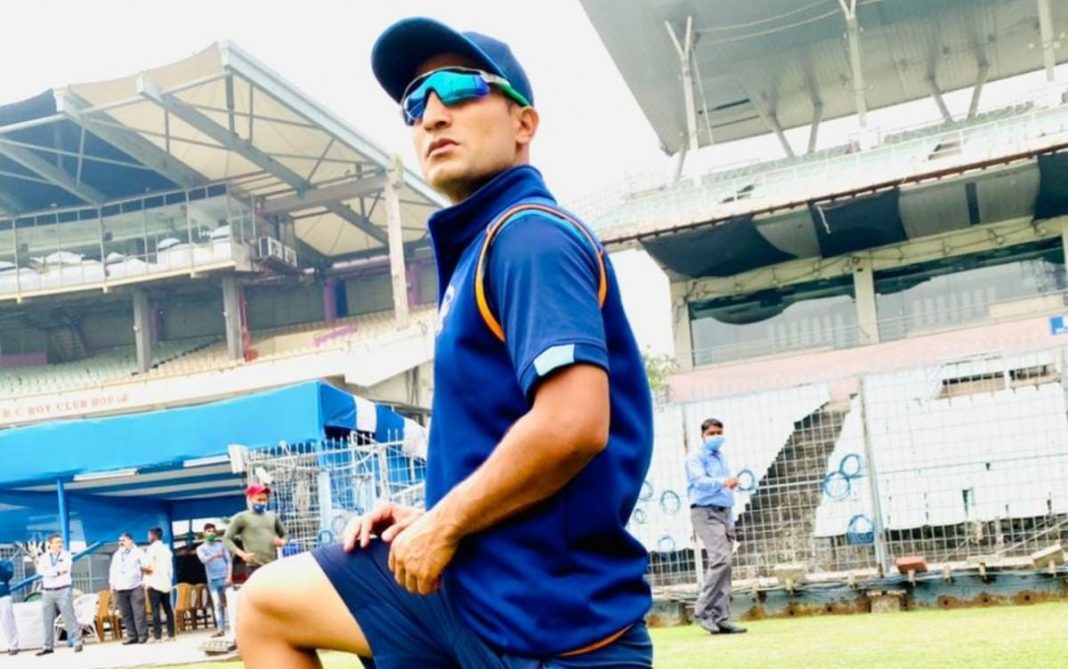 Services cricketer Rahul Singh has been steadily making waves with his terrific bowling in the domestic circuit. The 28-year-old cricketer has now come into his own in the ongoing Vijay Hazare Trophy and excelled by keeping it tight and choking the batsmen with his left-arm orthodox spin. Bowling tight lines and lengths and not giving away runs is important as wickets in any form of the game as it helps in building pressure and Rahul Singh has been a living example of the same as he has helped in creating chances of wickets for not only his teammates but also for himself.

In the Vijay Hazare Trophy, a plethora of talented bowlers take part and the pool of players includes international stars as well. Amidst such big names, Rahul Singh stands first in the chart for the lowest economy of any bowler so far in the tournament which is quite a remarkable achievement.

Rahul Singh’s performances have been uniformly brilliant over the course of the three matches he has played. In the match against Jammu and Kashmir, the leftie returned tidy figures of 1-34 and picked up the wicket of skipper Parvez Rasool. In the next match against Chandigarh, he produced even better figures of 2-28 that saw him provide two important breakthroughs in the top-order.

His third match which took place yesterday saw him replicate the performance against Chandigarh but this time in a winning cause. His figures of 2-30 ensured that the opponent – Haryana never got going in their chase of 287 as they fell short by 112 runs. Rahul Singh’s economy in the Vijay Hazare Trophy at present is 3.07 and no bowler has a better rate.

It is almost certain that the southpaw is a vital cog in the Services wheel and it looks like he is just getting started. Rahul Singh is a name we definitely haven’t heard the last of.

Also Read: India vs England 2021: All three ODIs in Pune to be played behind closed doors