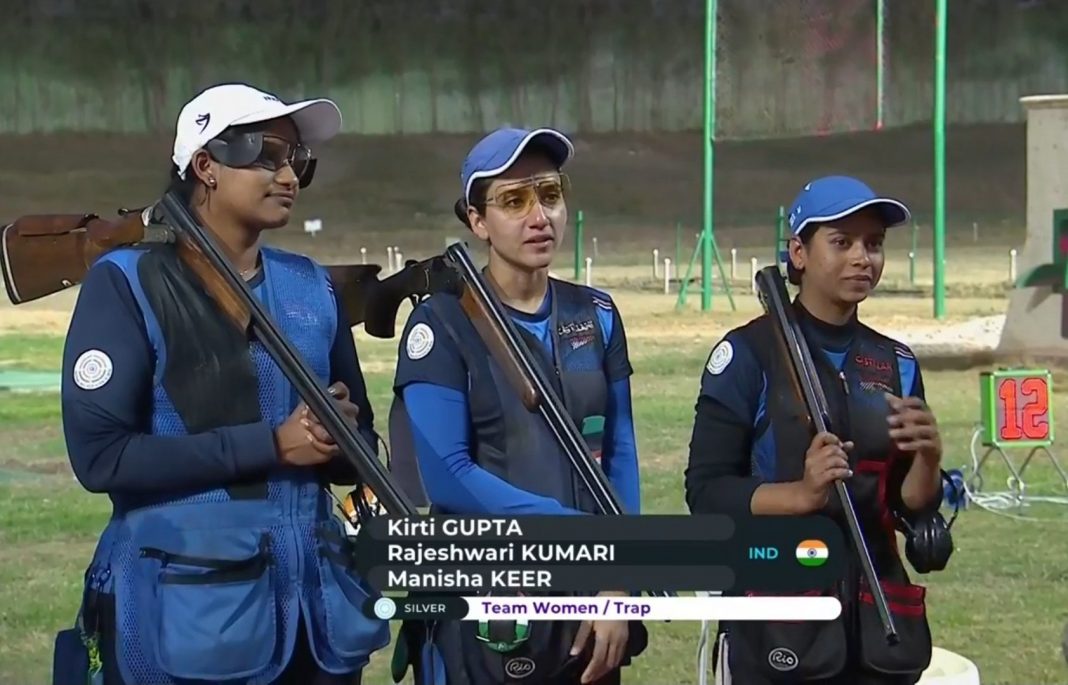 India lost 4-6 to Russia in what was a tight contest. Kirti was the best shooter in the finals, missing only 4 targets out of an eventual 25. India had earlier qualified for the gold medal match with a score of 444. Manisha Keer, who had narrowly missed out on the individual finals, scored an excellent 158. This, combined with identical scores of 143 by Kirti and Rajeshwari took India to the finals.

The Indian Men’s Trap team of Prithviraj Tondaiman, Lakshay Sheoran and Kynan Chenai carried on their indifferent individual form to the team event. The team with a combined score of 469 finished 6th and could not qualify for the medal rounds.

Gold was won by Croatia who beat Russia 6-2. Bronze was won by hosts Egypt who beat Slovenia after a shoot-off.

Gold was won by Russia who beat Egypt in the finals while bronze was won by Spain.

With this, India concluded the Cairo World Cup with a silver and a bronze (both from team events) and a 7th place finish in the medal table. What would be disappointing from an Indian perspective was that no shooter could make it to the individual finals, the closest who came was Manisha Keer. Manisha and Mairaj Ahmad Khan were the sole bright spots for a shotgun squad that is still very much a work in progress.

The top nation at Cairo was Russia with 7 medals including 4 golds. It must be noted though that strong shotgun countries like Italy and USA did not send shooters for this competition.

The shotgun trials 3 and 4 which were to be held at Bhopal from 3rd March have been postponed due to the pandemic, the NRAI announced on it’s website.

Fresh dates and venues will be notified shortly, the NRAI statement said.