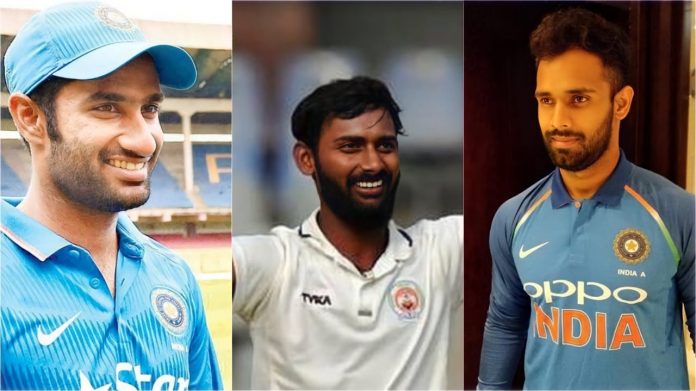 Delhi Capitals (DC) were dealt a huge blow ahead of their Indian Premier League (IPL) campaign when it was all but confirmed by co-owner Parth Jindal that their captain and ace batsman Shreyas Iyer would miss the entire tournament in 2021. The reason for the same is that the 26-year-old suffered a shoulder injury during India’s first ODI against England that might need surgery.

Iyer played a crucial role last season, both as captain and batsman as he led from the front and helped his side to a runner-up finish. This year he would have wanted to go one better with his team, but the injury has crushed his hopes. Now, DC have good backups with regard to Indian batsmen in their squad like Prithvi Shaw/Ajinkya Rahane (depending on who starts) and Kerala cricketer Vishnu Vinod. But they would still want to sign a replacement player from among those who went unsold at the IPL 2021 auction.

Here are 3 batsmen DC could sign as Shreyas Iyer’s replacement.

Hanuma Vihari played a big role in India’s test series win over Australia as his rearguard along with Ravichandran Ashwin helped steal a draw for India in the third test. Going into the auction at a base price of Rs. 1 crore, the 27-year-old did not attract bids. However, with Shreyas Iyer out of the IPL, he could be a good replacement as he could fit in the middle order and play the role of an anchor to perfection.

Baroda batsman Vishnu Solanki lit up the Syed Mushtaq Ali Trophy as he came up with one explosive knock after another. Although his side fell short in the final against Tamil Nadu, the 28-year-old’s exploits and thrilling knocks were the hallmark of Baroda’s campaign. With his explosive hitting and helicopter shots, Solanki might be considered by Delhi Capitals to replace Shreyas Iyer.

Gurkeerat Singh is a well-known name in the IPL as he has appeared previously for Kings XI Punjab, Delhi Daredevils and most recently, Royal Challengers Bangalore. The middle-order batsman and part-time off-spinner who has appeared for the Indian national team twice could provide the much needed experience in the middle-order in the absence of Shreyas Iyer if signed as a replacement.