Free Fire has many popular characters and DJ Alok, Skyler, Kshmr and Chrono are some of the most popular. In this article we will compare Skyler vs D-Bee to check which Free Fire character is better for clash squad mode.

Free Fire has has a wide selection of unique characters skills which help players on the battlefields. These characters have unique abilities that set them apart. Skyler has one of the most prominent in-game abilities that dominated many characters. Whereas D-Bee is recently introduced in the game with the OB28 update.

As per his in-game description, Skyler is a CEO and superstar. He has an active ability called Riptide Rhythm. At its default level, this ability unleashes a sonic wave that can damage 5 gloo walls within 50m.

Each gloo wall deployed will result in an increase in HP recovery, beginning with 4 points. The ability, however, has a cooldown of sixty seconds.

Skyler vs D-Bee: Which Free Fire Character Is Better For Clash Squad

Both the characters have great skills but one stands clearly superior. Both D-Bee and Skyler have impressive abilities to help players on the battlefield.

Skyler’s skill can be most useful in Free Fire especially in the clash squad mode where using gloo walls is must. On the other hand D-Bee’s skill improves your movement speed and accuracy while moving which can also be very useful in the Clash Squad mode.

On top of it D-Bee’s skill is a passive ability that can also be equipped with other powerful active abilities. Thus, D-Bee is the winner in the Skyler vs D-Bee in Free Fire clash squad mode. 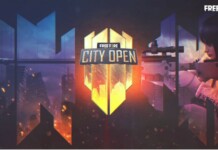