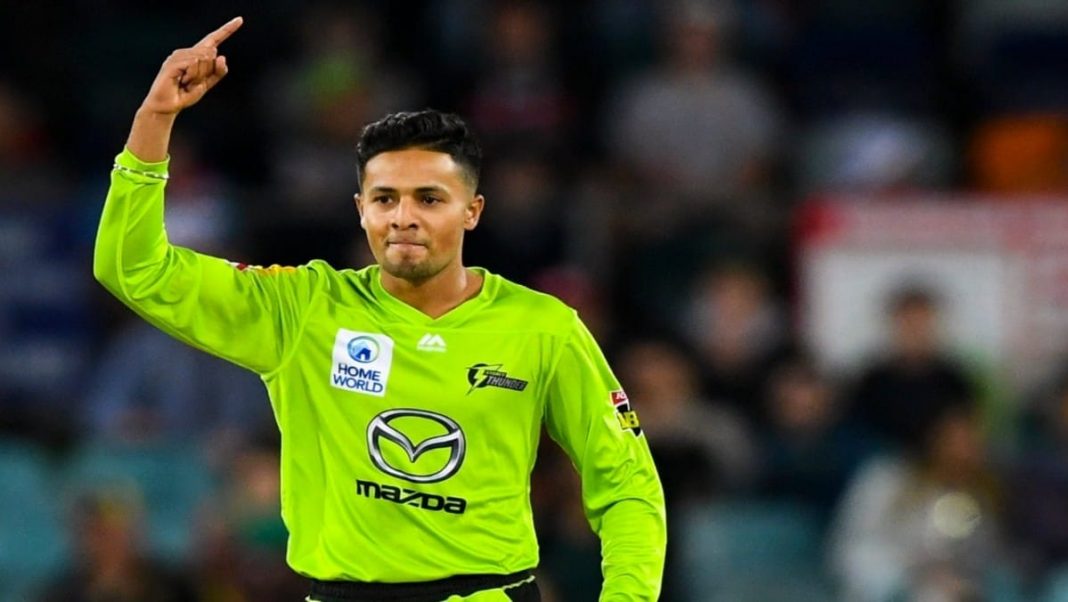 19-year-old Tanveer Sangha is all set to become only the second Indian-origin cricketer (first was Gurindher Sandhu) to play for the Australian cricket team. The leggie was named among the 18 who will travel to New Zealand next month for a T20I series while the Australian Test team would be involved with a series against South Africa. Sangha has been making waves in the domestic circuit for quite some time now and it seemed like only a matter of time before a call-up arrived.

Tanveer was born to Punjabi immigrants who move to Australia in 1977. His father Joga Singh Sangha is a farmer who arrived in the country to take up farming but soon switched to becoming a taxi driver. His mother is an acoountant. Tanveer is currently playing in the Big Bash League where he appears for the Sydney Thunder who have made it to the playoffs this season.

Speaking about getting selected, Tanveer said, “I was over the moon when I got the call. It took a while for it to sink in… I did not expect to be selected at such a young age.” Tanveer was spotted by Australian-Pakistani leggie Fawad Ahmed in Melbourne two years ago and speaking about the same, “This was during the second or third game of the U-16 series against Pakistan. Since that day, he has been my mentor,” Tanveer said.

Previously, Indian-origin cricketers have played in the Australian domestic circuit such as Jason Sangha, Arjun Nair and Param Uppal. However, the first one who made it to the international stage was Gurinder Sandhu.