Aman Jain better known as Soul Aman is a household name in the eSports industry of India. Krafton recently announced Grind Scrims before the arrival of BGMI India Series 2021 and Soul Aman has expressed his disappointment over not getting a slot at BGIS 2021.

One of the most anticipated tournament of Battlegrounds Mobile India is knocking on the door with a prize pool of 1 Crore. After finally overcoming from the clutches of hackers in the game, Krafton has decided to host its first open for all tournament, BGMI India Series 2021 with a new schedule which was revealed few days ago. The registrations for the tournament continued for a prolonged period of time and is now finally ending tomorrow. Organisations are making the last minute preparations to send their best teams and claim the winner’s prize of 50 lakhs. However, PUBG veteran Soul Aman is discontented with the fact that he has not been invited at BGIS 2021.

Aman Jain is one of the most experienced player of PUBG Mobile who was last seen playing in competitive scenario for Chemin Esports. He has also been a part of other well known organisations such as TSM Entity, Team Soul and Global Esports. It was through Team Soul that he achieved fame and recognition. His contribution in the field of PUBG Mobile was largely appreciated by eSports analysts. However, lately, he’s not being seen much at competitive tournaments. Moreover, he’s not a part of any team right now which left the players wondering if he will be playing at BGMI India Series 2021.

Krafton hosted a talk show titled CHAI TIME yesterday revealing the teams for The Grind, an invitational scrim where 32 teams have been invited. Although it has not been announced whether these teams will be invited for the main event too. Soul Aman, in his recent live stream was seen highly discontented over the fact that he has not been invited for the big tournament. He was quoted saying the following-

Aman has a handful of competitive experience in PUBG Mobile and since BGMI is more or less the same game, he had expected the authorities to invite him at the open for all tournament. Despite of that, Krafton has invited those teams which do not hold any experience regarding competitive gameplay which came as a surprise to Aman. As the final teams invited for the main event has not been revealed, it will be intriguing to see whether any team bags Aman for playing at BGIS 2021.

Also Read: Krafton has a message for under age BGMI players, check details 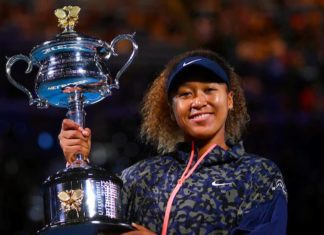