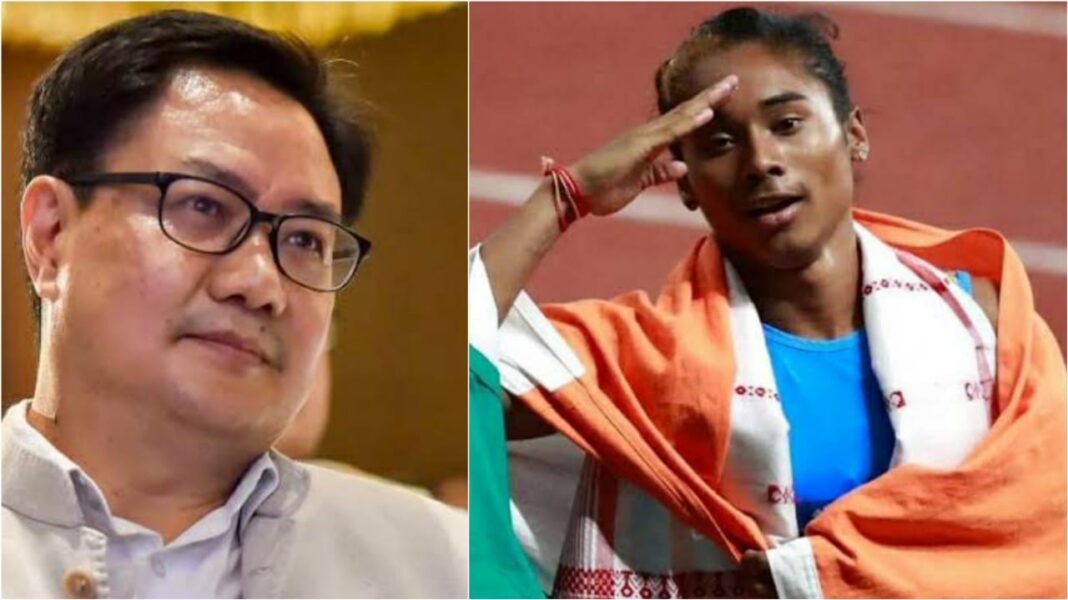 Hima Das Indian Sprinter created history on 12 July 2018 as she is the first Indian track athlete to win a gold medal at IAAF World Under-20 Athletics Championships in Finland.

Sports Minister Kiren Rijiju penned a tweet while recalling the achievement of Hima Das in 2018. He wrote- “On this date 12th July in 2018, @HimaDas8 scripted history by becoming the first Indian woman to win a GOLD at the IAAF World Under-20 Athletics Championship when she clinched the top spot in the women’s 400m final race in Tampere, Finland. She is practicing & working very hard.”

Hima is also the second-ever Indian athlete to claim a gold medal at the World Juniors, following javelin thrower Neeraj Chopra’s victory at the 2016 edition of the championships.

Back in March, Hima das with other athletes wrote to the sports ministry to allow them to train outdoors within the campus.

Also Read Respect and Dignity for those who served the country: Kiren Rijiju