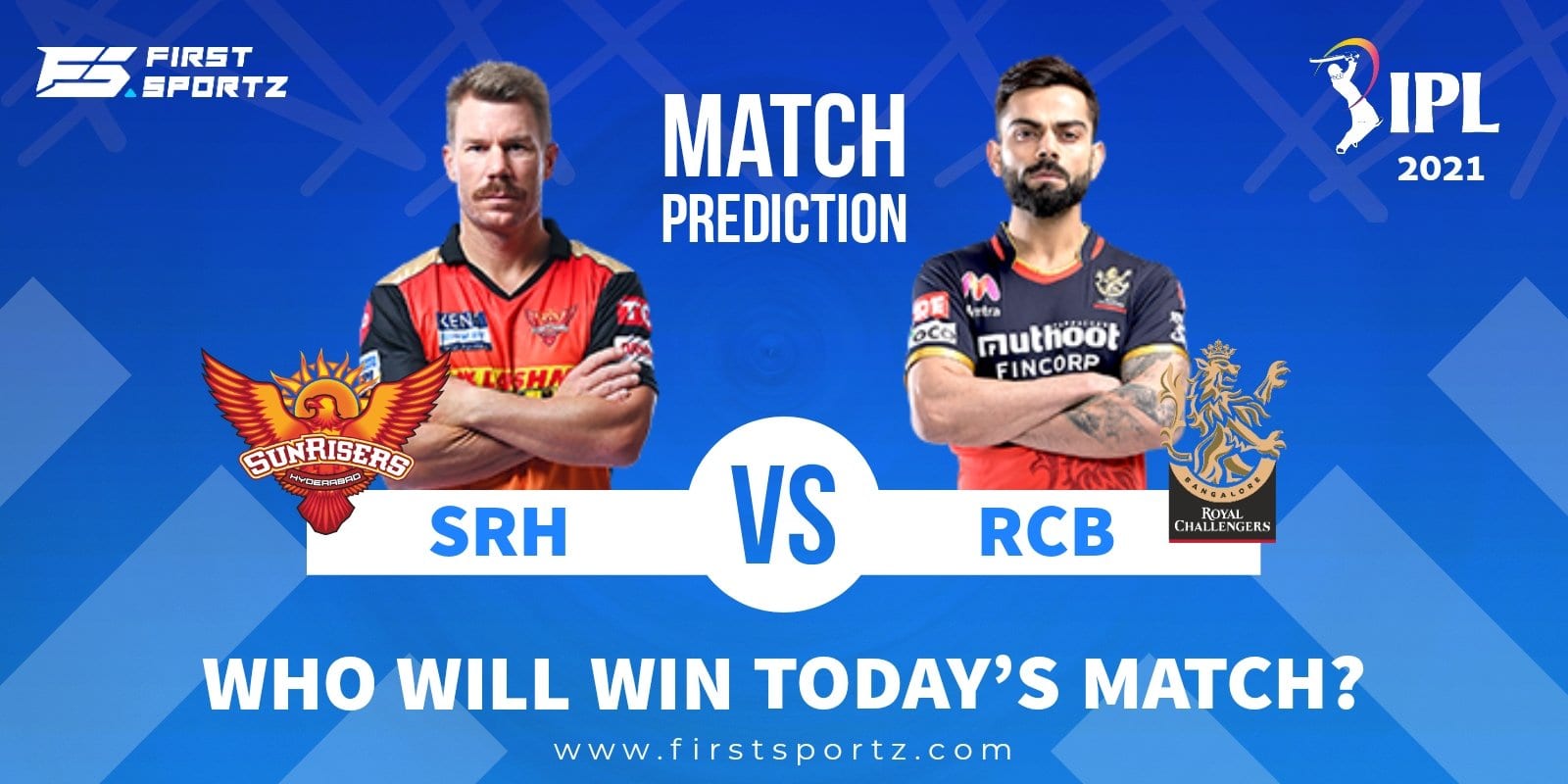 Sunrisers Hyderabad (SRH) will take on an upbeat Royal Challengers Bangalore (RCB) today, looking to bounce back from the defeat in their first encounter. The Orange Army were defeated by 10 runs by the Kolkata Knight Riders (KKR) and although there were positives to take, the usual problem of the middle-order came to the fore. SRH would not want that to continue going ahead.

RCB on the other hand, had a nail-biting start to their tournament as they clinched a last-ball thriller against Mumbai Indians (MI) courtesy some good batting performances as well as a fifer from Harshal Patel. RCB would thus want to keep the momentum going and establish an early lead in the points table if possible. Today’s match in Chennai provides the perfect opportunity for the same.

Who will win today’s match: SRH vs RCB

SRH would be the more desperate of the two sides to get a win due to the loss in their first match. The mood in the RCB camp on the other hand positive and the same was seen in videos posted by their social media handles. RCB would thus fancy their chances of winning this one, but against a quality bowling attack like SRH, they would have to be wary. Last year’s Eliminator was a prime example of the same.

The key for SRH would be to ensure that the likes of Virat Kohli, Glenn Maxwell and AB de Villiers don’t get settled at the crease. Rashid Khan could thus, be key and SRH might have to make changes to their batting order, with the likes of Abdul Samad making a case to be promoted up the order. If SRH get it right and have a field day with the ball, they could be unstoppable.

Also Read: Blue layer on ball during RR vs PBKS match confuses fans; commentators say it could be paint