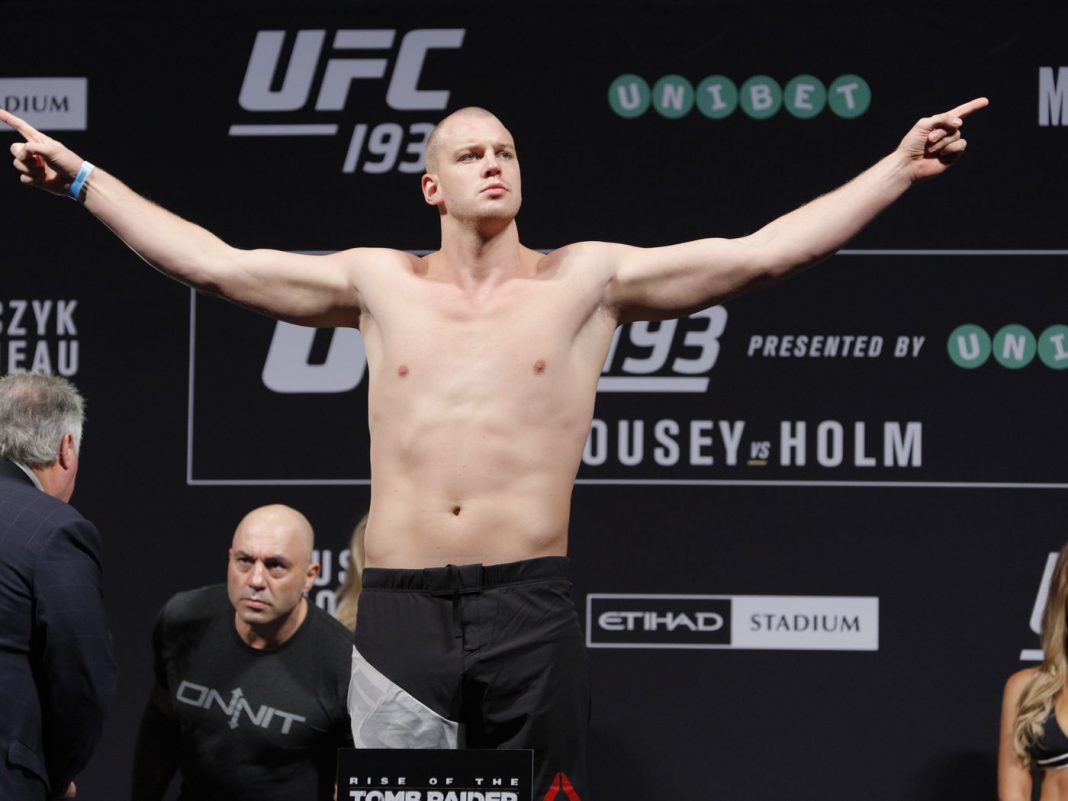 Stefan Struve the tallest fighter ever in the history of the UFC (2.13m – 7ft) has announced his retirement. Citing health issues the ‘Skyscraper’ has decided to call time on his career. He last fought Tai Tuivasa, as recently as UFC 254, on the 24th of October, 2020. The 23-9, 32 year old Dutchman, made his UFC debut, way back at UFC 95, in February 2009.

Struve took to Twitter to announce his retirement, posting images, detailing the health issue he has been going through; also thanking everyone for the support, he has been shown.

‘I caught a viral infection that has damaged my vestibular system’

Struve revealed that he has been suffering from a viral infection which affected his ear. “I was able to take my space and time the last couple of months to overthink this, so this time it really is for good. I’ve had an inner ear issue I’ve been battling since May last year. I caught a viral infection that has damaged my vestibular system and the hearing nerve in my right ear.

“After new tests done recently we learned that the vestibular system is not working properly, the first conclusion in May was that it was most likely [Benign paroxysmal positional vertigo],” Struve wrote. [via MMA Fighting]

About the ill-effects of the disease, Struve wrote, “Because of this I have also been dealing with vertigo issues, and also loss of hearing and tinnitus, a ringing noise in my ear. After I caught it in May things got a lot better, after a couple rough weeks at first. I was doing good although still experiencing some vertigo and other minor issues but my idea was, especially with the doctors telling me the issues would go away after a while, to just keep going and ignore it until it really was gone completely.

Unfortunately during [my most recent] fight some of the issues came back after getting hit flush on the right ear, it was a punch that should not be an issue normally.” [via MMA Fighting]

“After that fight I was having more issues again and the doctors scheduled new tests. Those, unfortunately for me, took a long time to happen because of the lockdown over here in the Netherlands. After these tests I was told the damage in the ear and the vestibular issues caused by the viral infection I’d been dealing with are most likely permanent. I have no big issues when I’m just doing my everyday things and, or, training on a normal level to be healthy and in shape.” [ via MMA Fighting]

About the dangers of continuing to train hard ignoring the dangerous effects of the disease, Struve mentioned, “The extreme intensity I have put my body through in training camp to get ready for fights I can’t do anymore. At this juncture, I realize that it’s time to hang up the gloves for good, and my put my health and family first. I’ve had a long career and battled through multiple injuries, including a broken jaw and my heart condition. Pushing forward and training hard without listening to my body would be asking for real trouble in my opinion.” [via MMA Fighting]

It’s sad to see a fighter, not that old, leave due to permanent health issues. However, Struve has lasted in the UFC for quite a while, putting up a record of 13 wins and 11 losses. His most notable victory, came against the heavyweight GOAT himself – Stipe Miocic. Struve knocked out the current heavyweight champion, when they faced off on the 29th of September, 2012 at UFC on Fuel.