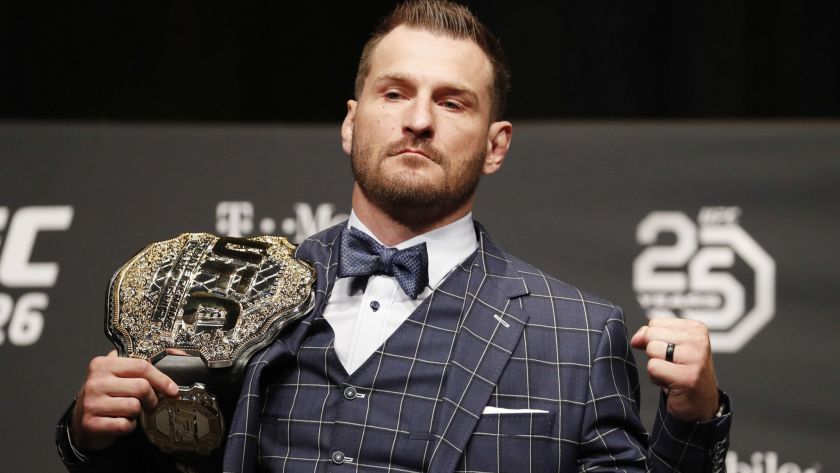 Ahead of UFC 252 on Saturday night, a lot of attention has been paid to Daniel Cormier and his declaration that he will call it a career regardless of the outcome of his third and final fight with reigning heavyweight champion Stipe Miocic.

While Cormier has said repeatedly that he’ll be retiring, there have also been rumors that perhaps Miocic could also hang up his gloves with a successful defense of his title.

Considering UFC President Dana White has said the winner of the fight will be the greatest heavyweight of all time, Miocic might not have a lot left to accomplish if he can get past Cormier for a second consecutive time.

With a full-time job as a firefighter in his hometown along with a wife and daughter who he adores, Miocic could certainly opt to retire as champion if he gets past Cormier. That said, the 37-year-old veteran doesn’t appear to have any plans to actually retire with a win or a loss at UFC 252.

“I had a great camp, to the best of my abilities, especially being quarantined with this pandemic going on but honestly I feel great. We’ll see how long I can go. I don’t know about 40, god bless D.C. but I don’t know about that. A little bit longer.”

If Miocic is successful in his bid to vanquish Cormier a second time, he would not only defend his title, but he could also put their rivalry behind him after spending the better part of three years focused on this particular matchup.

That probably sounds good to the rest of the heavyweight division. A number of contenders are vying for an opportunity to compete for the title once the trilogy between Miocic and Cormier is settled.

He also tweeted that ,”Records are meant to be broken. I set the record defending my heavyweight title three consecutive times. I fully intend on being the same one to break that record”.

For his part, Miocic has never been one to call his shot, and he’s not about to begin now. So he’s going to leave it up to the UFC to decide what comes next for him after the third fight with Cormier.

“There’s a lot of guys,” he said. “[Francis] Ngannou’s looking great, [Curtis] Blaydes, I don’t know. It’s what the UFC wants. I fight. I’m not a matchmaker.

“My focus is on Saturday. That’s all I care about. There’s a lot of good guys coming up. It’s great to see the division getting stronger. Right now, Saturday’s my main objective.”