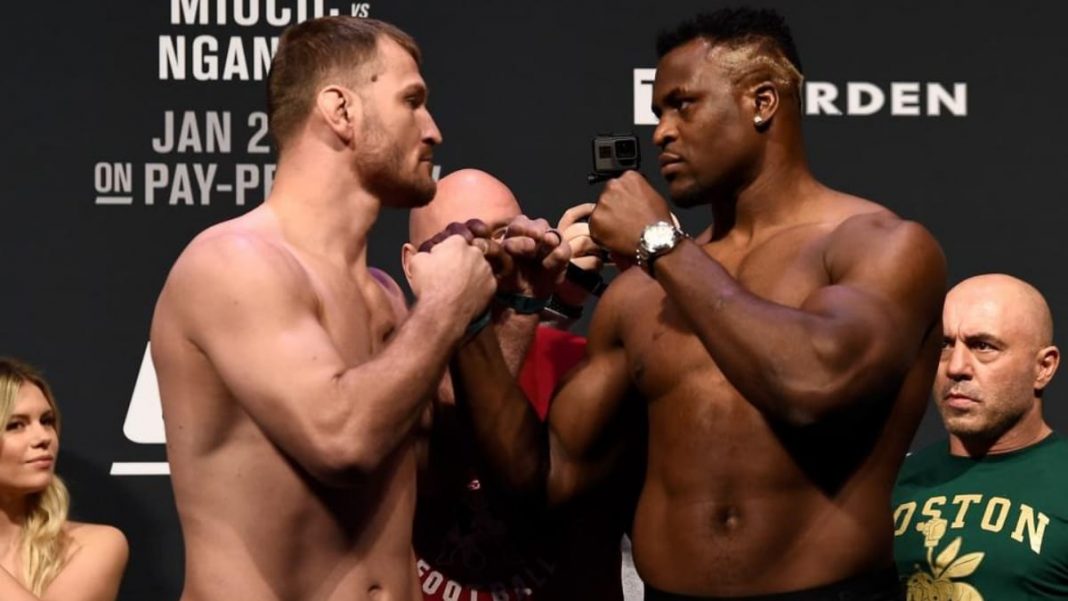 Stipe Miocic and Francis Ngannou meet again in a rematch at UFC 260, on the 27th of March, three years after their first fight went down. Stipe Miocic came up trumps when the pair first met at UFC 220, back in January, 2018. The match will be for the heavyweight championship, as Francis Ngannou will be looking forward to making amends, and striking heavyweight gold. The winner of the match is expected to take on consensus light-heavyweight GOAT Jon Jones, who recently moved to the heavyweight division, seeking better and bigger challenges.

As usual, betting odds are out for the hotly contested duel. And, it is Francis Ngannou who goes into the fight as the favourite. Looks like people are thinking Miocic is washed!

Francis is on a knockout spree!

As per betting odds released by Bovada, Francis Ngannou is listed as the favourite (-175) and Stipe Miocic goes into the fight as the underdog (+150). It is true that, if one punch from Ngannou lands flush on Stipe, there is a possibility that the champ might be knocked out, and hence the odds.

Since, the pair first met, Stipe Miocic has just faced one opponent – another heavyweight great, Daniel Cormier. Miocic fought DC thrice, losing the first time and winning the next two fights. Francis Ngannou, on the other hand, was pegged back even further after losing to Stipe Miocic, as he faltered at the hands of Derrick Lewis. But, there was no looking back for the Predator, after that Lewis fight. Francis absolutely dilapidated, his next four opponents – all via first round knockout, and cemented his position as the number 1 ranked heavyweight contender.

Also Read : ‘Jon Jones is one of the best, but that doesn’t mean that you want to lose against Jon Jones’ – Jairzinho Rozenstruik hopes to cross paths with ‘heavyweight’ Jon Jones someday