by Kaushani Chatterjee
in Swimming 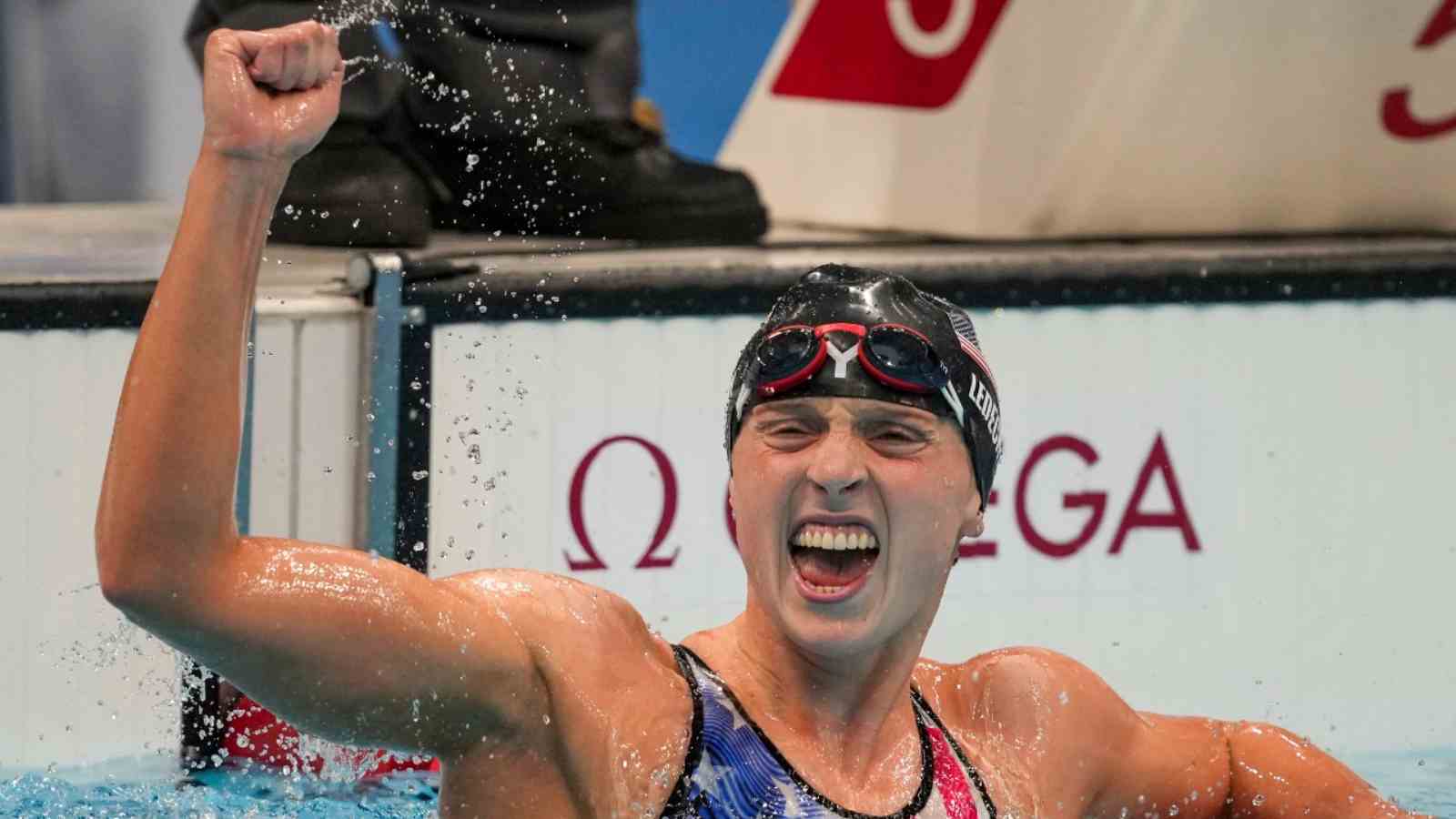 On Monday the American star swimmer Katie Ledecky finished her match 14 seconds ahead of her competition in her 1500-meter freestyle event at the 2022 FINA World Championship, in Budapest Hungary. She is often seen finishing first out of her competitors, but her Monday victory left a wider mark than usual. Katie touched the wall at 15:30:15 faster than her gold medal win at the same event at Tokyo Olympics.

She was seen celebrating a pump fist into the water after checking her time while waiting patiently as the rest of the swimmers in the race completed their final laps. A camera caught her gliding in the seemingly empty pool while waiting for others as she showcased the staggering dominance of her latest win. Katie Ledecky won her 20th World Championship medal and 17th gold medal of her illustrious swimming career.

Till now no woman in the history of the sport has won as many trophies and medals as Katie Ledecky. She herself didn’t have any idea that she had hit the benchmark till a reporter questioned her about how many medals she has to her name till now. As penned on businessinsider.in, Katie replied, “No — I don’t count,” she said with a chuckle NBC Sports interview immediately following the race. “What is it, 17? No, that’s golds. I don’t know then.”

The interviewer told her that with this win (20 medals) she is now tied up with the American great Natalie Coughlin for the record. In response, she quoted that it’s “pretty wild” to be a part of this longevity run. She continued, “I feel like just yesterday I was in Barcelona at my first world”. Ledecky said. “It’s awesome just representing Team USA year after year and it’s an honor and a privilege and it’s why I work hard.”

She told the New York Times, “to perform on the biggest stage, which for me is the Olympic Games”. Katie Ledecky has two more events to participate in while in Hungary. She will participate in the 4×200 meter freestyle relay on Wednesday, assuming she advances she will swim in the 800 meters free the following day.