by Avani Shetty
in Swimming 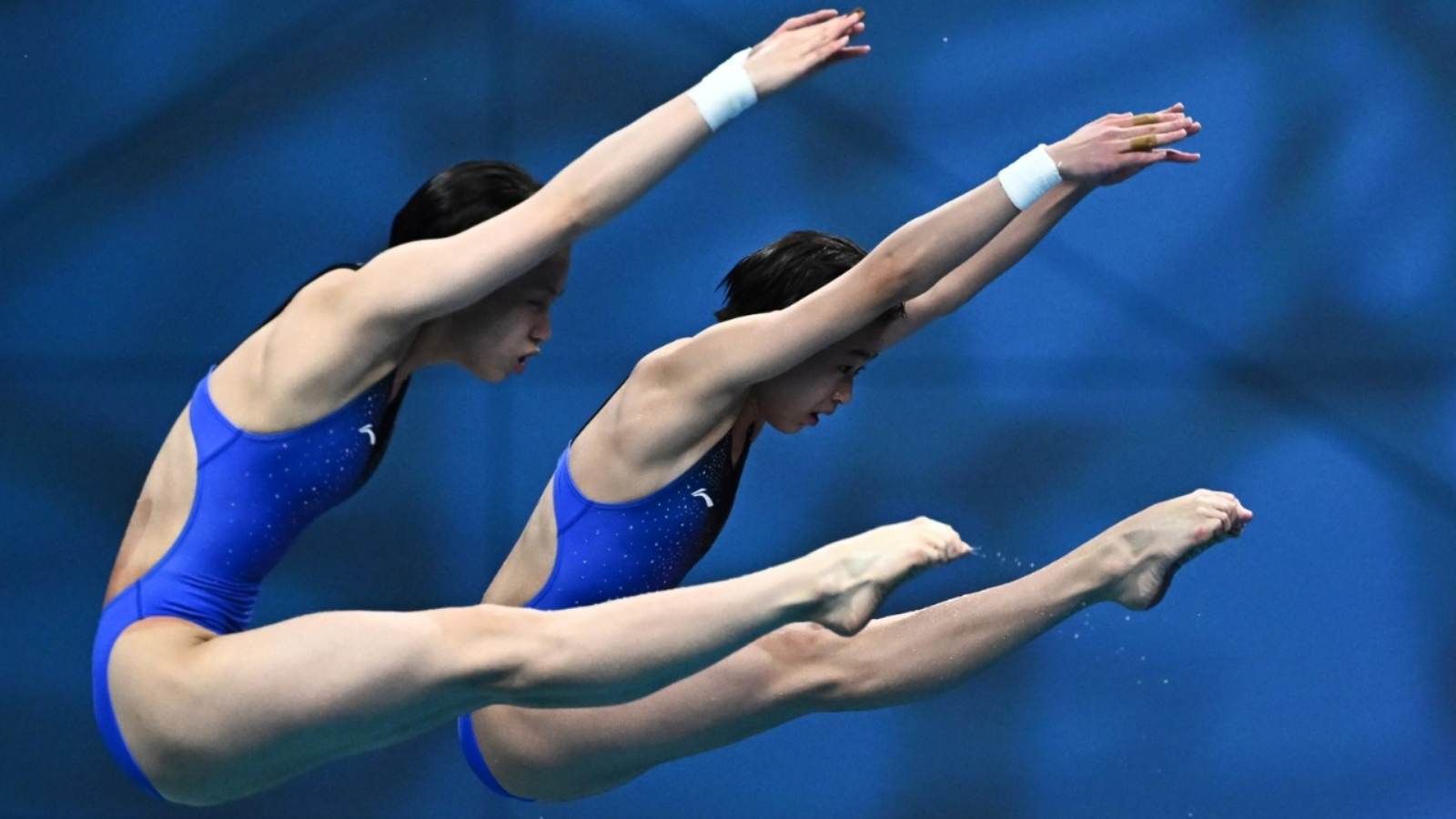 In the Duna Arena, Budapest at the FINA World Championships, China were looking to maintain their 100% winning record in the diving events, and divers Quan Hongchan and Chen Yuxi certainly came through. The pair, who are individual Olympic gold and silver medalists, delivered a clear-cut and spectacular performance with five brilliant routines from the teenagers.

The pair, 15 and 16 managed to clinch yet another gold medal victory for China. With flawless execution, the pair looked overjoyed when they received their winning score. Their routine was so perfect, in fact, that the announcer gasped in shock and said, “No worries for them I suppose!”. After the results were announced, he said, “The Chinese fans must be ecstatic! They’re able to maintain their gold medal streak”.

“A blessing to China”

The pair had a brilliant score, including 10’s, not an easy feat to achieve. In an interview post their win, an interviewer asked Quan what the difference was between individual and synchronized diving and Quan playfully replied, “No difference, just one more person to stand next to”.

Also Read: “Russia and Belarus have been banned”: Australia all set to replace Russia as the host of the 2022 FINA World Short Course Swimming Championships

Twitter users were overjoyed at the win and didn’t hold back their elation. One user said, “Y’all they win it again! God is great!”. Another user tweeted, “These two really are a blessing to China”. A third user tweeted, “Man, China is really racking up these gold medals huh? Congrats to these two, what a performance!”

The Chinese have certainly been dominating at diving at the 2022 FINA World Championships, with Li Yajie showing nerves of steel and coming from behind to win the women’s 1m springboard title, Zhu Zifeng and LIn Shan, right from the very beginning never looked back and bagged the gold in the mixed 3m synchro gold, and finally Quan Hingchan and Bai Yumin winning the gold in the 3m and 10m mixed event. In the women’s 100m freestyle event, Australia’s Molli O’Callaghan clinched the gold, while Sarah Sjostrom of Sweden took the silver, and American fan favourite Torri Huske placed third.