See what happened when Michael Phelps raced a white shark

by Sachin Arora
in Swimming 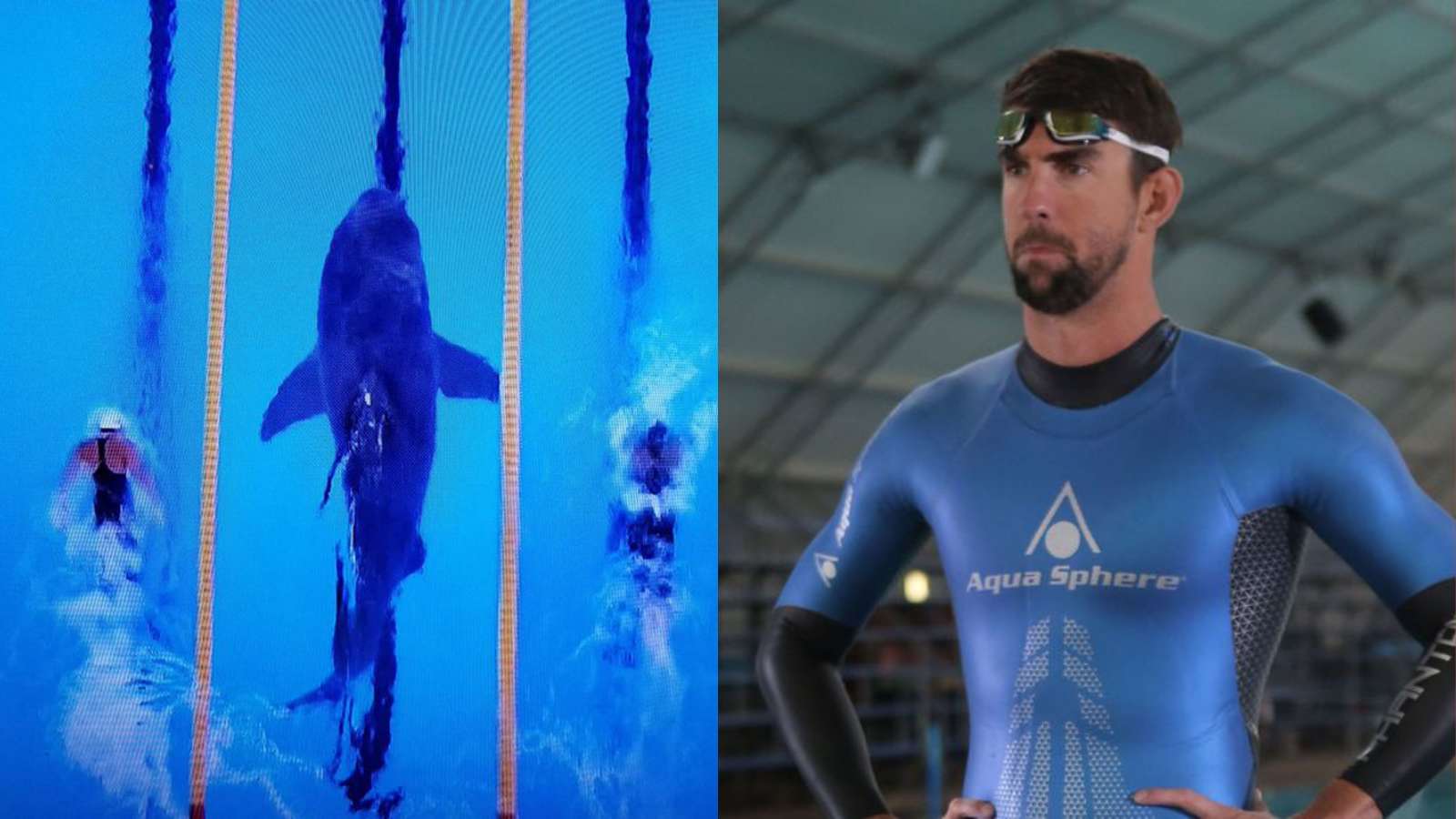 A glimpse of ‘Phelps vs. Shark: Great Gold vs. Great White’ event

There was a massive buzz when legendary swimmer Michael Phelps raced against a massive white shark on Discovery Channel’s Shark Week special. This iconic event took place back in 2017 after a major build-up of more than a month to see Phelps swim again but this time in special shark-like swimming gear.

The hour-long show was titled ‘Phelps vs. Shark: Great Gold vs. Great White’ as the 28-time Olympic-medallist appeared as the show-stopper. However, the US swimmer admitted before the race that he had very little chance of beating the shark

“Honestly, the first thought that went through my head when I saw the shark, there’s probably very little chance for me to beat him,” said Phelps.

“Being able to get in the water with these guys where I’m literally face-to-face with some of the most majestic creatures you’ve ever seen, that was a treat,” he added. “I was literally within a foot of multiple massive sharks. That, you know, could be scary at times, but for me, it was a dream come true.”

This came out to be true as the shark won the “head-on-head” race, clocking in at 36.1 seconds against Phelps’ 38.1 seconds in the 100m race. Interestingly, the most celebrated Olympian was leading the race until the 25m mark in the virtual match-up. Following this, he even went on to post a punny tweet, asking for a rematch.

The much-anticipated race didn’t go well with the fans when everyone got to know that the shark was a mere computer-generated stimulation. However, this fact was initially not disclosed to fans while creating the hype around the show.

According to reports, it was only around 57 minutes into the show that ecologist Tristan Gutteridge, one of the featured scientists. said, “Clearly, we can’t put Michael in one lane and a white shark on the far lane. We’re gonna have to do a simulation.”

Here are some of the top tweets where fans expressed their disappointment: