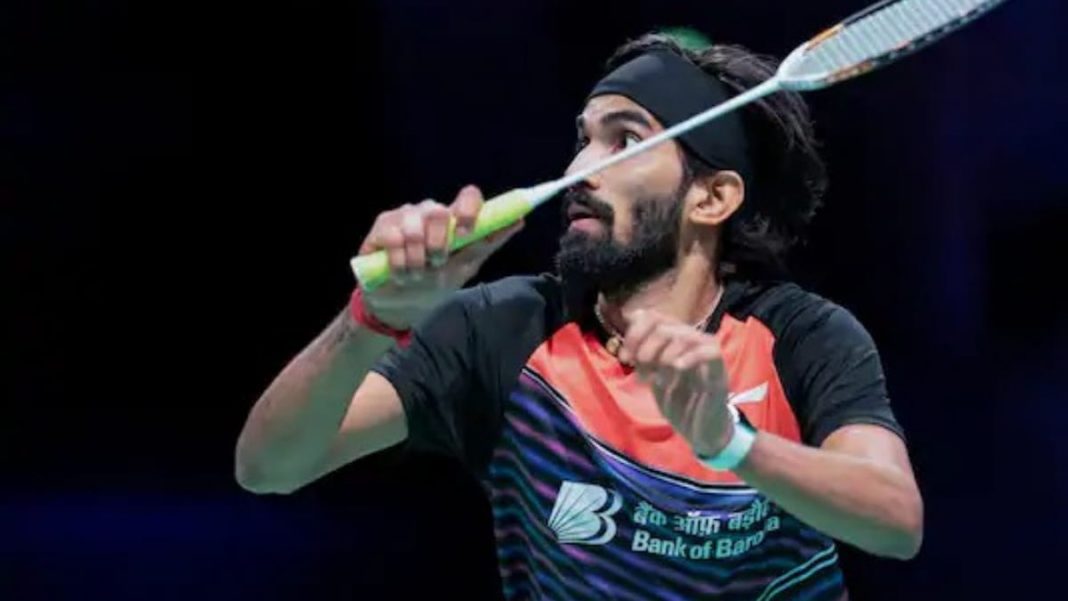 Ace Indian shuttler Kidambi Srikanth’s campaign came to an end in the Swiss Open with a crushing defeat against Viktor Axelsen. Srikanth succumbed to the Dane in straight games, 21-13 21-19, to crash out of the tournament. Unlike the quarterfinal, Srikanth was on the back foot from the word go in the semis.

Continuing his form, Axelsen was phenomenal in the first game as he took the set 21-13 comfortably. The Indian tried to pull off a classic comeback but failed to take the game to the decider. Unlike the World Tour finals, where Srikanth displayed his grit and determination, the Indian failed to keep up with Axelsen and went on to lose the match. The loss meant curtains on India’s challenge in the men’s single category. PV Sindhu remains the lone Indian in contention in the singles category and has stromed into the fnals.

Srikanth’s journey so far in the tournament has been one filled with closely contested games. The Indian shuttler kicked off his campaign against countryman Sameer Verma. Verma was impressive taking away the first game, 21-18, from his senior. The World no. 27 kept up his game as he led the second set until the halfway mark. It was then Srikanth bounced back as he toiled away to prolong the rallies and cut down on errors. After taking the second game, 21-18 Srikanth put all his experience to work as he thumped Verma in the final set to complete a thrilling comeback.

The second round saw Srikanth face-off with Thomas Rouxel in a 52 minutes long game. The 4th seeded Indian was yet again found struggling against the 50th rank Rouxel. Following a commanding start in the first set, 21-10, Srikanth took the foot off the gas to lose the second set 14-21. Fortunately for India, Srikanth regained his composure and rhythm, paving his way back into the game in the decider, finishing off 21-14.

To the contrary, the quarterfinal game proved to be an easy win for the Indian shuttler. Srikanth cruised through to the finals with an easy win over Thailand’s Kantaphon Wangcharoen. While a tough fight was expected from the Thai, Srikanth secured the win with straight sets of 21-19 and 21-15.

In the second semifinal of men’s singles, Kunlavut Vitidsarn [8] beat Lee Zii Jia [2] to seal a place in the finals. The game was dominated by the former as he sealed a thumping win with straight games, 21-18 21-10.

Prateek Athanur - April 11, 2021
Darren Till took to Twitter to talk about his 'frenemy' Mike Perry after the devastating loss against Daniel Rodriguez at UFC Vegas 23. 'The...