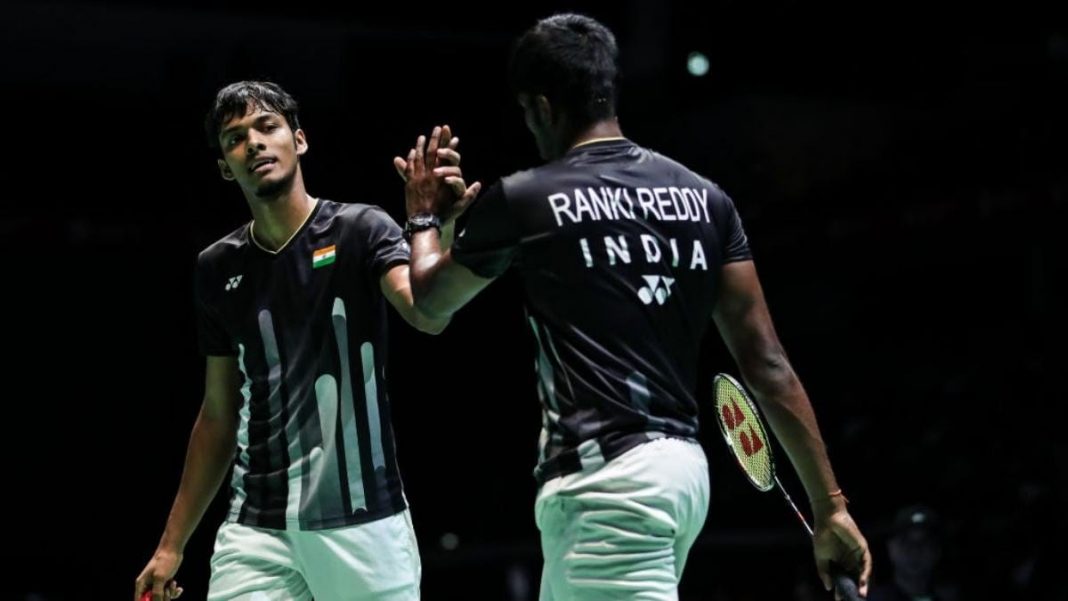 In the men’s doubles semi-final of the Swiss Open 2021, the second seeds from India Satwiksairaj Rankireddy and Chirag Shetty faced sixth seeds from Denmark Kim Astrup and Anders Rasmussen. It was an interesting match as a Danish legend sat at the coaching bench for India.

The Danes held a head-to-head advantage 2-1 against the Indians. Their last meeting had been in the quarterfinal of the French Open 2019 where the Indian Young duo beat the Danes for the first time.

9 minutes into the game, the Danes went off with an 11-5 lead. They were on-point in their attack. Errors came in from the Indians on their returns and their defense was weak. The Danes won the first game 21-10 in 18 minutes.

The Indian pair got back into the grove in the second game as they changed tactics and upped their ante at the change of ends. The game went point by point and the young Indian duo went into the mid-game interval with a one-point advantage. But it wasn’t a day to be for the second-seeded youngsters. They struggled to find rhythm and Kin and Anders were too good with their smashes and placements. The Danes won the second game 21-17.