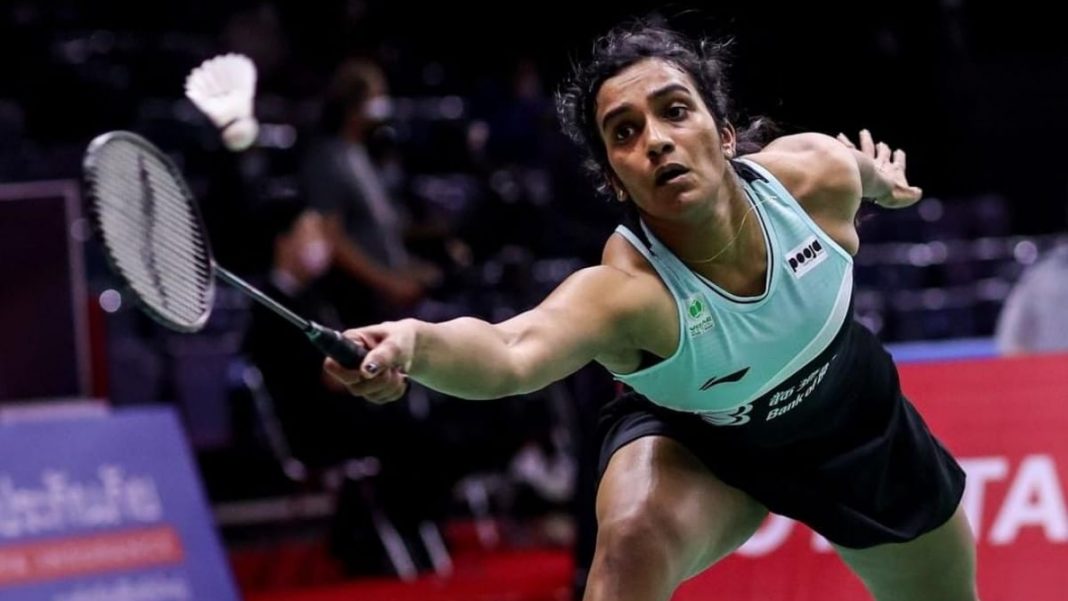 Round one of the women’s singles draw of the Swiss Open 2021 started today. The favorite title pick, Rio Olympic champion Carolina Marin comfortably eased into the second round. She beat Natalia Perminova of Russia 21-8, 21-10 who was no match to the Spaniard.

Sindhu sails to Round 2 at Swiss Open

In the first half of the second game, Sindhu kept up a consistent lead of two to three points, being a step ahead of her opponent. At the mid-game interval, the Rio silver medalist took a lead of 11-8. However, at a certain point, Sindhu seemed to have dropped guard as the Turkish came back to level at 18-18, further on making it 19-19.

At this nervy juncture, PV Sindhu pulled up her socks and stormed off to match point opportunities. She then picked up another point, sealing the match in her favor, making her way to the second round.

Saina suffers a first round exit

It was a shocking day for the seasoned player Saina Nehwal as she went down in the decider against a 19-year old Phitaayaporn Chaiwan of Thailand. She lost the first game 21-16. In the second game, Nehwal made a strong comeback, winning 21-17.

It was an absolutely brutally fought third game showing extreme fighting spirits and a never-say-die attitude from both players. The match ended 21-16,17-21, 23-12 in 2 minutes short of the hour mark.

In the women’s doubles category, the Indian duo of Ashwini Ponnappa and Sikki Reddy put up a dominant performance against a German pair of Annabella Jaeger and Stine Kuspert.

Ashwini/Sikki thumped the Fermain pair 21-5 in the opening game completely dominating. The second game was extremely close as Annabella and Stine fought back and kept up the pace and capitalized on opportunities to win points. However, Ashwini and Sikki clinched the second game closely as they won 21-5, 21-19 in 33 minutes.