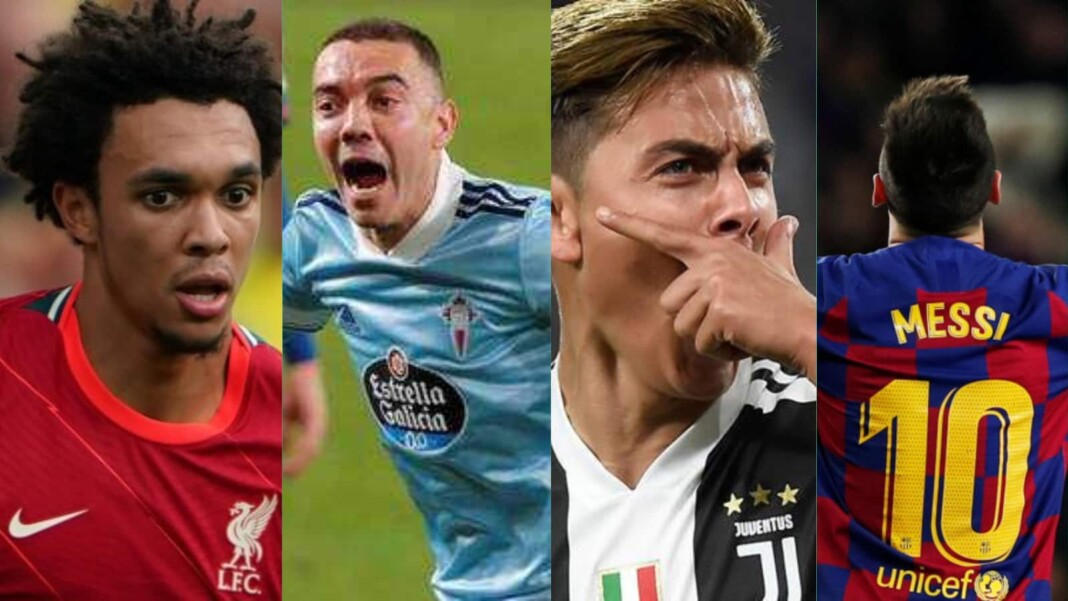 Dead ball situations are often tricky in football. It’s not only limited to Asian or European football, it is across the world. In this article, we shall look at the ten best free-kick takers in football currently.

There was a period when the final moment of the game was decided with a free-kick. A popular quote, Bend it As Beckham originated because of former Real Madrid and Manchester United player, David Beckham’s ability to put the ball behind the net from a dead ball situation.

The dead-ball situations are always those moments in football that produce the screamers. May it be Cristiano Ronaldo’s free-kick in the Champions League semi finals against Arsenal or Lionel Messi’s free-kick against Liverpool. It is never short of excitement. Let us delve deep into who are the ten best free-kick takers in football currently.

The Serbian international, Aleksandar Kolarov plays as a center-back for the Serie A outfit, Inter Milan. Despite being a central defender, he is one of those players to score the second most free-kicks behind Lionel Messi. In the last two terms, he has played for both Manchester City and Inter Milan and has scored eight free kicks.

The English Premier League player and Southampton faithful, James Ward Prowse, have scored eight free-kicks in the last two Premier League campaigns. He has played over 50 games for Saints in the 201920 and 2020/21 seasons and has been a useful player from the Deadball situation for Southampton.

The Juventus player has topped the charts in the number of free-kicks for Bianconeri in Serie A. He scored seven free-kick goals in the last 53 games in the Italian top-flight. Along with that, he has also assisted his side with nine assists, which also involves assisting from free kicks.

The 34-year-old Celta de Vigo striker is not a new name in the Spanish domestic circuit. He has been a loyal servant for multiple clubs across Europe. In the last two terms, he has converted seven free-kicks assisting no other player.

After a failed move to Liverpool, Nabil Fekir had a point to prove. Nabil Fekir was known for his creative ability and was touted with a big move to elite clubs. However, it did not go through and he joined the Spanish outfit Real Betis. In the process, he scored six free-kicks. Also, in the 55 games for Betis, he scored 12 goals and ten assists.

The North Macedonia international is a surprise player on the list but is known for his striking ability. He has scored six free-kick goals in the last two terms. In the last two seasons for Levante,  Enis Bardhi has scored eight goals and four assists in 56 league appearances.

Though this addition is not purely based on the numbers that the player has scored, it is because of his ability to create the chances and score from the dead-ball situation. He is one of the most trusted players of Jurgen Klopp along with Mohammad Salah to score the direct free-kicks. He has five free-kick goals in the last two campaigns for Liverpool across all competitions.

(All the stats are from fbref.com and espn.com)