by Sarthak Shitole
in French Open 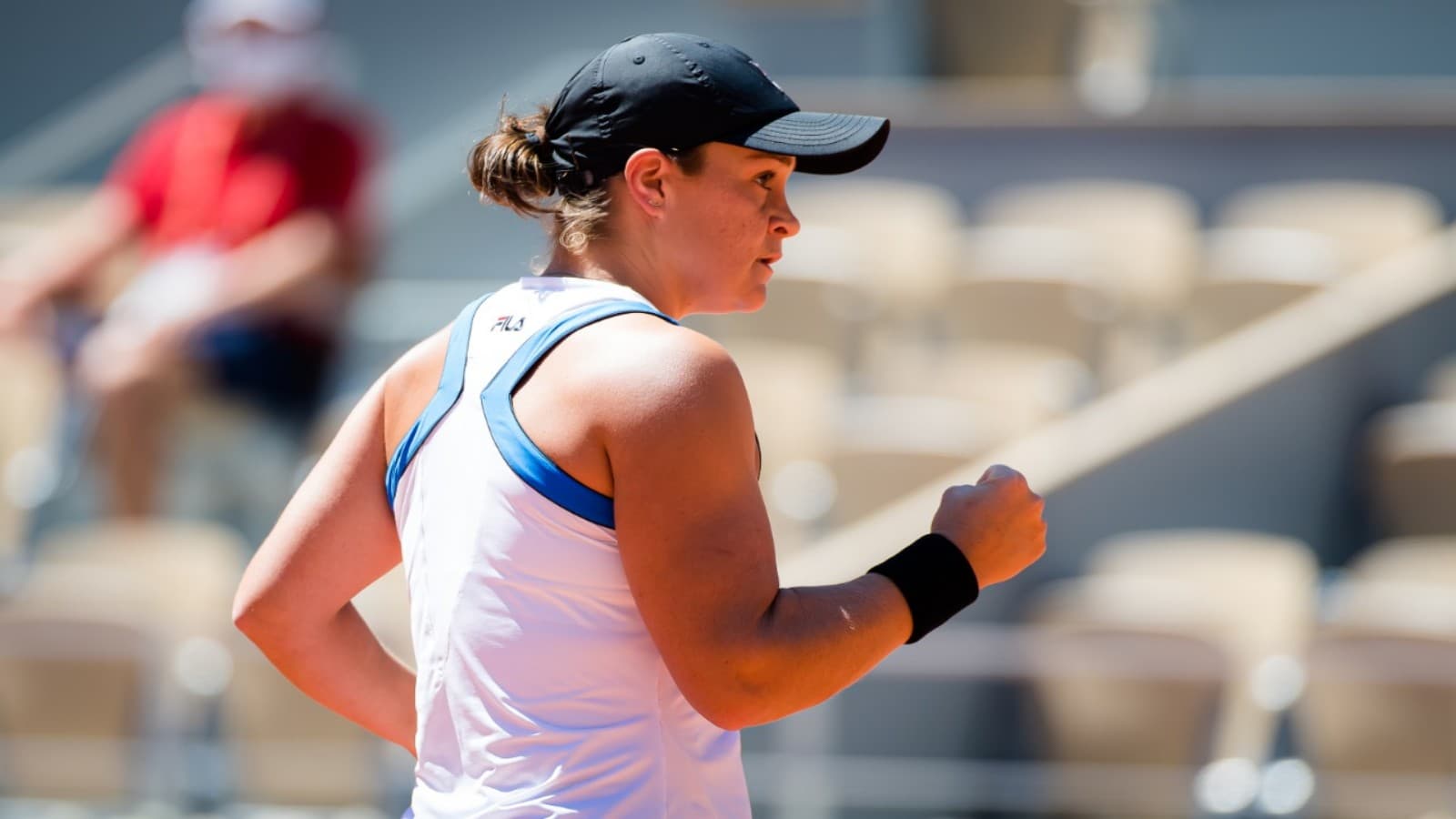 Barty won the first set 6-4 with some difficulties in the first few games with the match evenly poised at 2-2 for a moment. Barty however broke Pera to go 3-2 up and wrapped up the set quickly to draw the first blood.

Pera however came back strong in the 2nd set and pushed the Australian on the backfoot and was leading 4-1 in the 2nd set. Barty was struggling in her returns in the second set and could not challenge much and went down 3-6 with the match leading into the final deciding set.

Barty had to take an injury break as well with her physio working on her thighs which were then taped as she took the court for the 3rd and final set. Barty had to pull out mid-game at the 2021 Italian Open as well but today the situation was better as the 2019 French Open winner battled it out.

Ashleigh Barty’s big serve came to her rescue in the final set as Pera put on a brave fight and tied the set at 2-2. But Barty won on her serve and broke Pera in the 6th game to go 4-2 and again broke her serve in the 8th game to wrap up the game, set and match.

“It was disappointing not to play last year.This court is very close to my heart. It’s so nice to play here in front of fans, you make it enjoyable for players. Thank you very much.” said Barty after her victory thanking the fans for their support.

Barty had not participated in the 2020 French Open and had to let go off her 2019 title without any defense but is back this year and looks to go all the way to her 2nd Grand Slam.

Ashleigh Barty will play the winner of Magda Linette and Chloe Paquet in the 2nd round.

Also Read: “It made me stronger” says Serena Williams after Naomi Osaka withdraws from the French Open 2021 due to mental issues