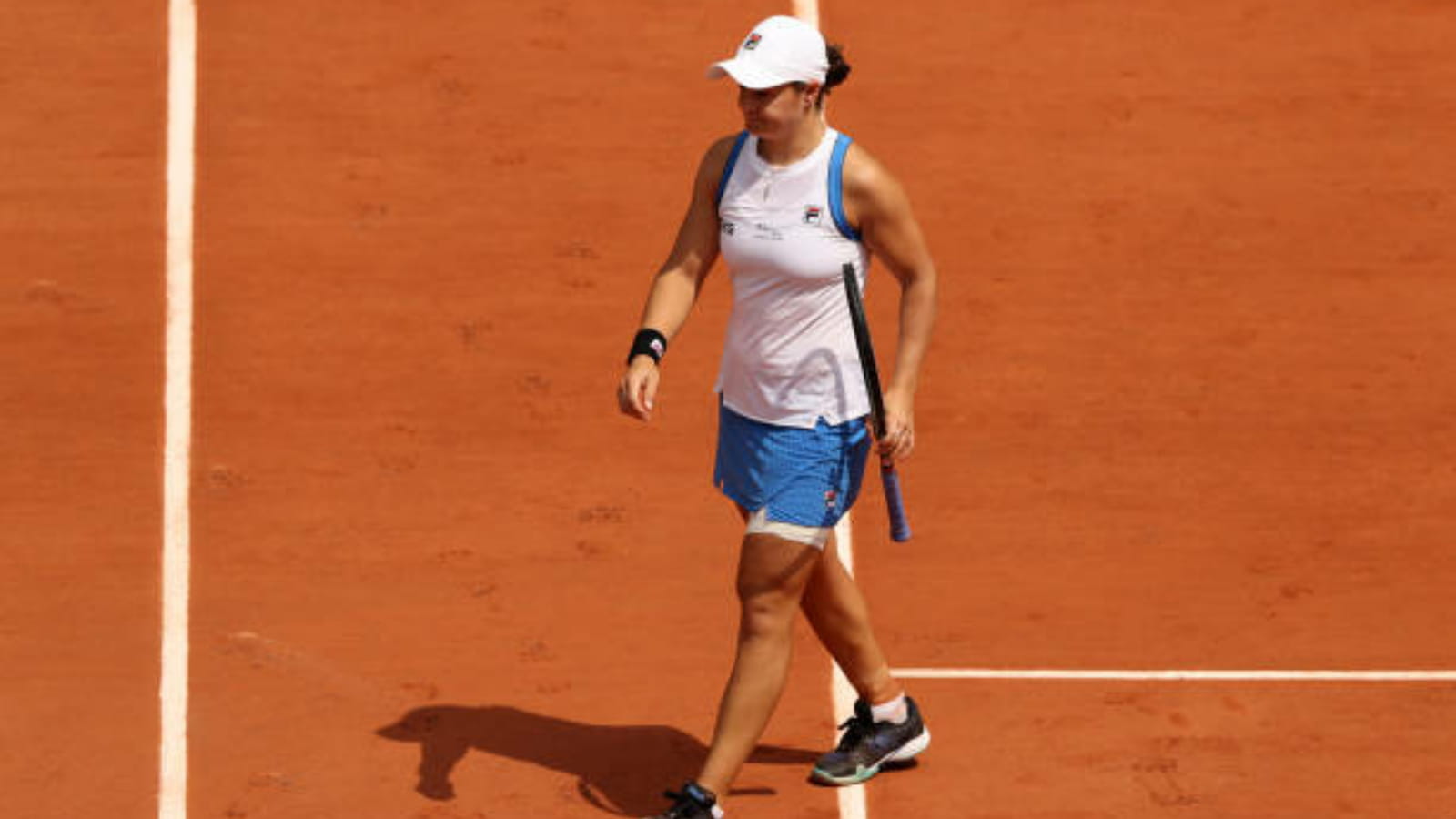 World No.1 and 2019 Roland Garros Champion Ashleigh Barty has retired from her second round match against Magda Linette of Poland. Barty was trailing 1-6, 2-2 before she decided to hand a walkover to Linette, thus ending her 2021 French Open campaign.

Barty was one of the contenders to lift the Coupe Suzanne Lenglen on June 10 but unfortunately for her. she will have to wait unti next year for a second title on Parisian Clay.

There were very little doubts about Barty’s fitness as she handed a walkover to Coco Gauff at the Italian Open a fortnight back. But Barty assured that she is fully fit and ready to go at Paris. In the first round, she had to dig deep against Bernarda Pera, winning in three sets 6-4,3-6,6-2.

Ashleigh Barty took a medical timeout after the first set

Doubts were all over Barty’s participation and fitness after she retired against Gauff at Rome despite leading 6-4,2-1. She later revealed that it was due to a prolonged hip injury that she has been facing for many years now and that it keeps resurfacing time and again.

So, it is safe to interpret that same might be the case with Barty once again in Paris. She looked good when she stepped on the court for the first match at Chatrier today but signs of wear were visible ever since she got broken in the fourth game. She struggled with her horizontal movement and hence lost the first set in just 36 minutes.

She took a big medical timeout after the set and returned on court in good shape. She managed to hold serve twice before deciding to hand a walkover to Linette after the conclusion of fourth game.

Coming into the tournament, Barty was one of the favorites to win it and a potential semi-final tie against Iga Swiatek was up for grabs. With her withdrawal, the first quarter of the draw has opened up with Elina Svitolina and Karolina Pliskova the highest seeds remaining.

Also read: “I’m not an underdog anymore, I’m playing as the defending champion” says Iga Swiatek on her chances at French Open 2021