The first ATP tournament post the US Open, the Astana Open at Nur-Sultan will commence from September 20 and will feature Aslan Karatsev as the top seed. Home favorite Alexander Bublik will go in as the second seed.

The top half of the draw is headlined by Russian Aslan Karatsev. He was the most talked player at the start of the 2021 season courtesy his semifinal outing at the Australian Open as a qualifier. But off late, he hasn’t been in the best form. He, alongwith receives an opening round bye and will face either Emil Ruusuvuori or Benjamin Bonzi in the Round of 16. He is drawn alongwith Ilya Ivashka who faces a qualifier in the opening round.

Italian Andreas Seppi will take on wild card Timofey Skatov in the first round and is expected to face Ivashka in the Round of 16. Karatsev and Ivashka could lock horns in the quarterfinal.

Serbian 4th seed Filip Krajinovic gets a first round bye and will face either of Mikhail Kukushkin or James Duckworth in the second round. Defending champion John Millman will face a qualifier in the first round and will face the winner of Jiri Vesely vs Jaume Munar in the Round of 16. Millman and Krajinovic are expected to clash in the quarterfinals.

Home favorite Alexander Bublik will headline the bottom half of the draw. He gets a bye in the first round and will face either of Miomir Kecmanovic or Spanish veteran Fernando Verdasco in the second round. He is drawn alongside Frenchman Benoit Paire who opens against Egor Gerasimov. Ricardas Berankis and Carlos Taberner are the other players in the quarter. Bublik and Paire are expected to play in the quarterfinals.

Third seed Dusan Lajovic gets a first round bye and is expected to face Soonwoo Kwon in the Round of 16 who faces a qualifier in the first round. Meanwhile, Serbian 7th seed Laslo Djere will take on Daniel Elahi Galan in the opener and most probably will face Italian Lorenzo Musetti in the Round of 16.

The first semifinal will be between Aslan Karatsev and John Millman. The Russian top seed has been one of the best hard court players of the season while Millman comes in as the defending champion. It will be a closely fought contest but Karatsev is expected to make it to the final.

Dusan Lajovic will be up against home favorite Alexander Bublik in the second semifinal. Both players haven’t had the best of seasons so far and have struggled with form. However, Bublik, due to his unorthodox gameplay will go in as the favorite.

The top two seeds of the tournament, Aslan Karatsev and Alexander Bublik will lock horns in the final. Karatsev will have an edge on paper but that will be neutralized with the home support Bublik will get. Expect a closely fought encounter with Karatsev winning yet another title this season. 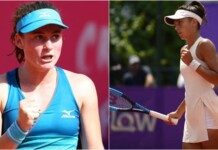 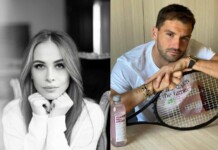 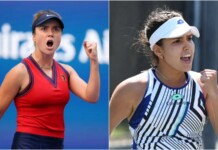