Hubert Hurkacz played against Egor Gerasimov in the first round. He won the match in four sets with the score line of 6-2, 7-6, 6-7, 6-3. The Wimbledon 2021 semi finalist is the 10th seed and will be playing at Australian Open 2022 after having a good run at ATP Cup. He won all the three matches played in the group stage. The world number 11 lost the match in the semi finals stage against Spaniard, Roberto Bautista Agut in a thriller. The score line of the match was 7-6, 2-6, 7-6.

Adrian Mannarino won the first round encounter against Australian, James Duckworth in a 5 set marathon. The score line of the match was 6-2, 2-6, 3-6, 6-2, 6-1. The Frenchman is coming into the Australian Open after playing at two ATP 250 events in Sydney and Melbourne where he failed to cross the first hurdles in both the tournaments. His best performance in Australian Open came in 2018 and 2021 where he made it to the third round.

The duo have met once in the past with the 10th seed winning the sole encounter played between the duo. They played in an ATP 500 event in Rotterdam, Germany in 2021 where Hurkacz won the match with the score line of 6-3, 7-6.

Mannarino’s forehands may trouble the Polish player but Hurkacz is most likely to triumph. So, according to most recent form and consistency, Hurkacz is likely to win the encounter against the world number 69. 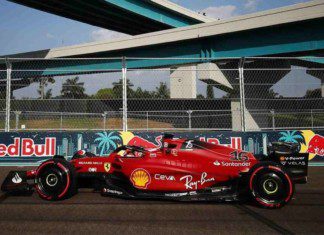