In an All-Spanish battle, Paula Badosa will be up against Garbine Muguruza in the semifinal of 2021 WTA Finals. Badosa is ranked 10th in the world while Muguruza is the World No.5.

Paula Badosa has had a dream season so far. She reached her maiden grand slam quarterfinal at Roland Garros and has been consistent ever since. She reached the Round of 16 at Wimbledon and made it to the quarterfinals at Cincinnati. She then won the biggest title of her career at Indian Wells where she defeated the likes of Coco Gauff, Barbora Krejcikova, Angelique Kerber, Ons Jabeur and Victoria Azarenka.

In the group stage of WTA Finals, she blasted past top seed Aryna Sabalenka and Maria Sakkari to reach the semifinals. Altough in her last group stage match, she lost to Pole Iga Swiatek in straight sets.

Multiple grand slam champion Garbine Muguruza has had a mixed season so far by her high standards. After bowing out of the third round at Wimbledon, she reached the Round of 16 of the US Open. She then won the Chicago Fall Tennis Classic where she defeated Ons Jabeur in the final. This week at Guadalajara, she lost her opening match against Karolina Pliskova in a three set thriller before winning the next two matches against Barbora Krejcikova and Anett Kontaveit.

This will be the first meeting between the duo. The two haven’t met on tour yet and hence their H2H stands deadlock at 0-0.

The historic All-Spanish semifinal is destined to be a tight one. Both Badosa and Muguruza and proved their mettle this week. While Badosa is coming off a straight sets loss to Swiatek, Muguruza defeated in form Kontaveit to secure her spot. Having said that, Badosa will still have an upper hand given the nature of the surface. It will require Muguruza to be defensively solid for her to take down Badosa. Expect a thrilling match with the younger Spaniard making it to the final. 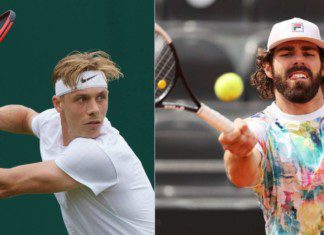