In the quarter-finals of the ATP Bastad 2021, World No. 97 Roberto Carballes Baena will be up against World No. 99 Norbert Gombos.

Baena won his first-round match in straight-sets and later went on to win the 2nd round clash in 3-sets to make it to the quarter-finals. He defeated Italian Fabio Fognini to reach the quarters and will look to make it into his first semi-final of the season.

This will be the first meeting between the duo on the tour, hence the head-to-head stands at 0-0.

Both the players have played their maximum matches on Clay and are quite experienced on the surface. Roberto comes in with a career Clay record of 404-245 and is 22-15 for the season on Clay while being 25-19 across all surfaces. Norbert on the other hand is 168-115 on Clay across his career while being 13-9 for the season on soil out of his 15-18 season record.

While it will be a difficult match for the duo as both are quite good on the surface, looking at the numbers Roberto looks the favourite for this clash and to advance into the semi-finals. 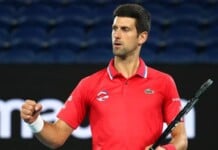