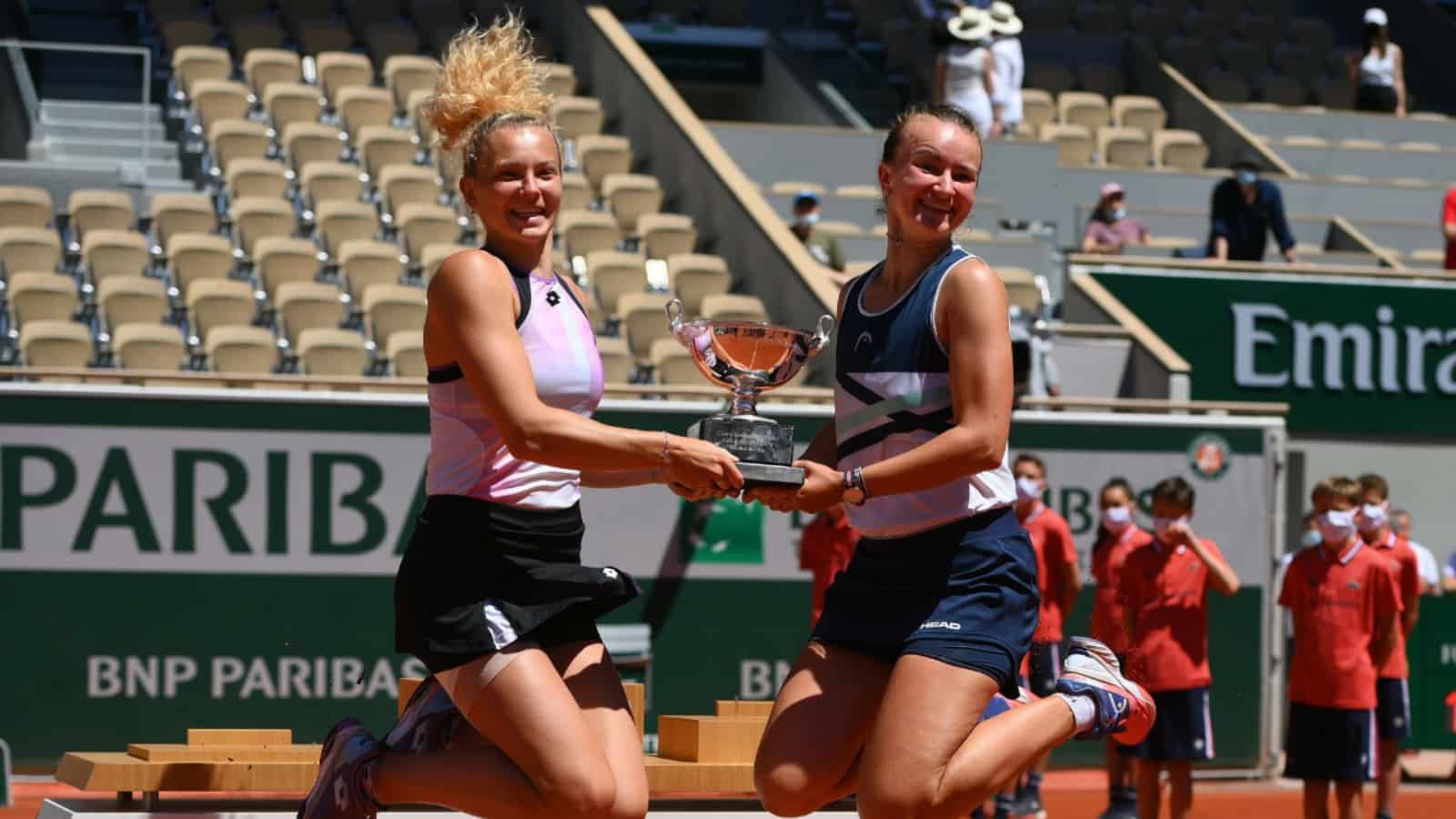 The second seeded Czech pairing won their 3rd grand slam together having previously won the Roland Garros and Wimbledon in 2018. In winning the title, Barbora Krejcikova wrote her name in the history books, becoming the first woman since Mary Pierce in 2000 to win the French Open singles and doubles titles in the same year.

Krejcikova and Siniakova have dominated the fortnight in Paris and have lost only 1 set en route her emphatic victory. With the win, the Czech duo will go to the top of the Doubles Rankings and will most probably be the top seed at Wimbledon. The duo also reached the final of the Australian Open earlier this year and hence will be the hot favorites to win Wimbledon too.

Krejcikova and Siniakova set eyes on the Olympics

After a disappointing loss in the quarterfinals of singles, Iga Swiatek was hoping to win the Double’s title and take atleast a trophy home, but that didn’t happen. She spoke about taking the positives from the fortnight.

Swiatek said: “It’s been a tough two weeks in Paris for me. I leant a lot and got huge experience. Even though we lost today, I feel pretty positive about the future. Congrats to you[Siniakova and Krejcikova]. Katerina on net, it was really hard top finish you and Barbora, I’m just speechless. Winning Singles and Doubles, it’s something else. Big Congrats.”

Krejcikova then expressed her happiness and thanked the crowd for cheering for her. She then added that they want to do well at the Tokyo Olympics too.

“Thank you everybody for coming today, supporting us, cheering for us. You gave us a really nice atmosphere, it was amazing. I feel super relaxed and amazing on this court, and its because of you. Looking forward to next year,” she said.

Krejcikova also thanked her partner and good friend Siniakova. “Thanks to Katerna. She’s always there, she has always been there. I’m just really happy that we are doing so well and I hope that we continue the same and if the Olympics are happening, we will have a nice chance.”

Also read: French Open 2021: Pierre-Hugues Herbert and Nicolas Mahut are the Doubles Champions in Paris, create history in doing so