On October 28 2021, World No. 20 Roberto Bautista Agut will be at crossroads against World No. 56, Mackenzie McDonald, in the round of 16 of the St. Petersburg Open.

On October 28, Spain’s Roberto Bautista Agut will face USA’s Mackenzie McDonald in the fourth round of the St. Petersburg Open, 2021. Both the players with a similar style of play will compete for the quarterfinals of the tournament in St. Petersburg, and it will be exciting to find out which of them will make the most of it.

Roberto Bautista Agut hasn’t been great this season, and he hasn’t been able to make miraculous comebacks in tournaments as he has in the past. Though he did not play much due to an injury, and it appears that he will be able to regain his rhythm and resume playing at a high level. It would not be easy coming up against Mackenzie McDonald, a fantastic hardcourt player. While the former prefers slower surfaces, he isn’t horrible on quicker surfaces either; in fact, he advanced to the Wimbledon 2019 semi-finals. This will be a tough one for sure, but it is anticipated that Agut will start his 2021 season with a tough win over McDonald at the St Petersburg Open.

McDonald, for his part, has adapted well to Russian courts, so his immediate prospects appear promising. Mackenzie may have lost the Kremlin Cup, but he would almost certainly be able to make a lot of noise in Russia’s cultural capital. In his previous encounter, the American defeated Egor Gerasimov in two close sets, setting up a challenging battle against Roberto Bautista Agut, and it is evident that he does not intend to stop there.

The players had a prior meeting in the round of 32 of ATP 1000 Masters Shanghai, China in 2018 where the Spaniard victoried over McDonald in three sets 3-6, 6-4, 6-1. It will be their second career meeting.

Shanghai is a lightning-fast court, and McDonald wasn’t even close to being as talented as he is today. Since then, Bautista Agut has progressed as well, although he still has a long way to go. If he can create extended rallies, he has a good chance of breaking through to the quarterfinals of the 2021 St Petersburg Open, where he will face McDonald in a close three-set match.

Roberto Bautista Agut vs Mackenzie McDonald: Live Streaming and Where to Watch

Also Read: Davis Cup 2021: Everything to know about the Teams, Groups and Fixtures 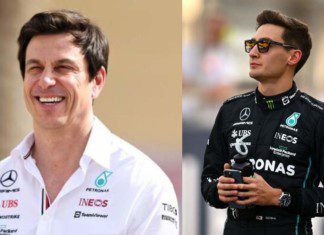