Former World No. 1 Boris Becker recently opined on the potential comeback of Roger Federer who underwent a knee surgery after his defeat in the 2021 Wimbledon Championships and is set to miss the first half of the 2022 season and will return to the Tour when near to his 41st birthday.

This surgery was Federer’s second surgery in two years after undergoing a similar one after the 2020 Australian Open as well. The surgery in 2020 kept him out for nearly 15 months. Federer is expected to begin tennis training only in March or April as per the doctor’s advice and the Swiss himself admitted that he would be surprised if he is able to return in time for the 2022 Wimbledon.

Speaking on Federer’s comeback at such a later stage in his career, Becker was not sure how well can he come back. “It goes without saying that I would like him to play tennis again. He is an absolute legend of sport and tennis. I would also like to see him win but the reality is that the longer you are away, the harder it is to come back,” said Becker during his media interaction at the opening of his new academy as reported by Welovetennis.fr.

Prior to the beginning of the 2021 Wimbledon Championships, Becker had hoped that the 8-time champion wins his 9th title before calling a day on his career.

“I hope Federer doesn’t make the mistake of playing a lot of tournaments for the heck of it. He is an absolute icon and has lifted tennis to another level. Roger needs a good end to his career. He has chances to go far at Wimbledon,” Becker had said.

However, with a 3-6, 6-7(7), 0-6 defeat to Hubert Hurkacz in the quarter-finals of the Wimbledon this year, Boris expressed his pain in seeing Federer getting bageled and hoped this was not the last we saw of Federer at the All-England Club. “I don’t want to see him lose his last set at Wimbledon 6-0,” said Becker after Federer’s defeat to Hurkacz. 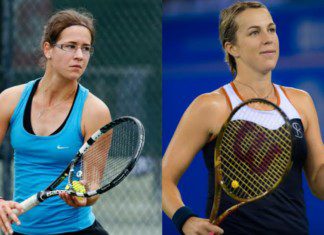