World No. 2 and the 2nd seeded Daniil Medvedev continues his sensational form as he defeats home favourite Nick Kyrgios in the second round of the ongoing 2022 Australian Open. In a very closely fought match, Medvedev won the match 7-6(1), 6-4, 4-6, 6-2 in 2 hours and 58 minutes in front of a roaring Rod Laver Arena.

Medvedev showed how can be the big server Kyrgios taken out as he gave the Australian a taste of his own medicine. Medvedev was on an ace-hitting spree hitting 20+ aces while Nick himself fired XZ aces himself. Medvedev made sure that he did not let Kyrgios take control of the match at any point in time and as much as he ran his lungs out, he made Kyrgios work equally.

One can argue that Kyrgios was returning after recovering from Covid and an injury-filled 2021 season, but Medvedev proved to be too good for the Australian who is now ranked 115th in the world. While Nick had the crowd support who cheered their loudest on his points while booing Medvedev simultaneously, the Russian did not flinch and remained focussed to claim the win.

Botic Van de Zandschulp will stand on the other side of the net when Medvedev enters the court for his round 3 match. Botic won his first-round match in 4-sets against Ugo Humbert and then met Humbert’s compatriot Richard Gasquet in the 2nd round but had an early end to a match that was beginning to heat up as Gasquet retired injured from the match.

The clash between Medvedev and Botic will be a repeat of the quarter-final clash between the duo at the 2021 US Open with Medvedev winning the match 6-3, 6-0, 4-6, 75 on his way to winning the title and ending a dream underdog run for the Dutch.

Also Read: ‘It is a little to ambitious to think he is going to win it!’ Mats Wilander on Rafael Nadal’s chances of winning the 2022 Australian Open, says Novak Djokovic is going to win his 21st major and ‘sail into the sunset’ 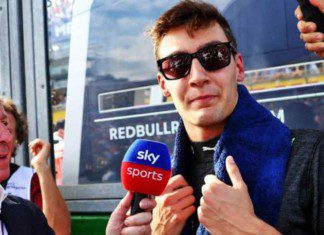 Rishika Saha - May 11, 2022
Mercedes seems to be out of the World Championship battle given their performance in the season as of now, unless they come up with...