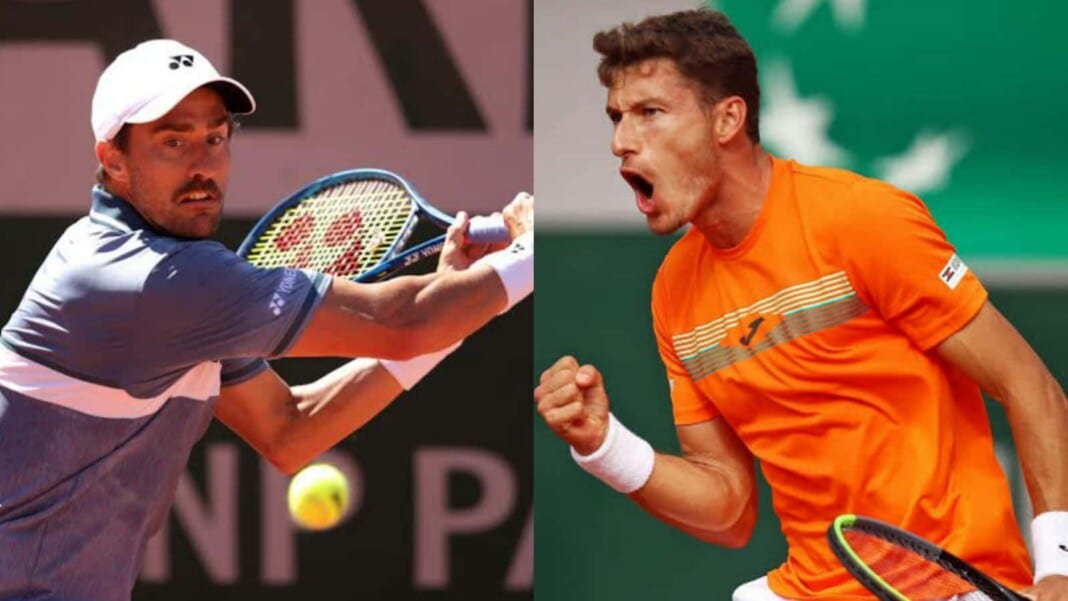 12th-seed Pablo Carreno Busta will aim for a place in the pre-quarterfinals when he faces Steve Johnson in a Round of 32 encounter at the French Open 2021. Busta is a really underrated player on the Tour, who has been really consistent for the past few years and on his day can make the best in the business dance to his tunes.

Talking about the performance in the tournament so far, no one is more luckier at Roland Garros right now than Johnson. The 31-year old American has played two marathon, five-setters and on both the occasions Johnson has emerged victorious. After getting the better of compatriot Frances Tiafoe in the opening round by winning 6-7, 3-6, 6-4, 6-2, 6-1, even though he was two sets down, Johson edged past Thiago Monteiro in an even tougher match by scoreline, prevailing 6-3, 6-7, 7-6, 3-6, 6-3 to make it to the third round.

On the other hand, Busta has spent little time on the court as compared to Johnson. The 29-year old Spaniard, after outclassing Norbert Gombos in straight sets 6-3, 6-4, 6-3 in the opening round, lost first set before coming back strongly to beat home favourite Enzo Couacaud 2-6, 6-3, 6-4, 6-4 in the next round.

Prior to their meeting in Paris, the two players have faced each other four time, with both players winning 2 matches apiece. So the head-to-head record currently stands deadlocked at 2-2. Busta and Johnson last played against each other in 2018 in a semifinal match in Winston Salem NC, USA, where Johnson swatted aside Busta in straight sets 6-3, 6-4.

Johnson has already spent a huge amount of time on court and fatigue will come as a factor as the match of Johnson against Busta will proceed. The Spaniard should win this, but Johnson can’t be taken lightly as he has snatched victory from the jaws of defeat two times in a row now. Busta will have to be vary of the grit of his American counterpart, and with the luck being heavily stacked with Johnson, expect it to be a match of more than three sets.