Third seed Felix Auger-Aliassime will take on Croatian tennis star Marin Cilic in the much-anticipated final of the Stuttgart Open 2021 on Sunday.

Felix Auger-Aliassime has yet again made it to the final of the event this year after a wonderful performance in 2019. He extended his dominant run in this year’s Stuttgart Open and went past American tennis star Sam Querrey in the semifinal on Saturday.

Querrey tried scripting a comeback in the second set but couldn’t hold on to his nerves in tense situations. Felix on the other hand took advantage of it and ended up winning the contest in straight sets by 6-4, 7-5. The 20-year-old Canadian hasn’t had a great time in the finals thus far in his career. Felix has lost all 7 career finals which he has played till now.

However, in this season, he has been a part of a couple of tight games but has eventually ended his last three matches in just a couple of sets. Ugo Humbert gave him a tough time in the quarter-finals, but Felix’s impressive defense kept the Frenchman out of the contest.

In order to win his first final, Aliassime would have to go past former World No. 3 Marin Cilic who reached his 33rd career final after defeating Jurij Rodionov in the semi-finals. Cilic has absolutely thrashed his opponents right from the word go and it has proven almost impossible to stretch him to the third set.

These two players have faced each other twice in the past and both times, Cilic has emerged victoriously.

Marin Cilic has got loads of talent and experience. Although he got a walkover in the semi-finals when Rodionov got himself injured, Cilic had already thrashed him in the first set and he would have probably won the second set as well if the match had gone on uninterrupted.

Cilic has been in sublime form. He has won games after games without getting cornered by any player. However, he will find it tough against Aliassime who has been very clever with his shot selection this season. All in all, this encounter has all the ingredients of a blockbuster clash.

“No Rafa, no Novak, no me on the team, they need a new leader” Roger Federer talks about Team Europe’s chances at the 2021...

“I am representing the World against the GOAT, it gives me chills” Nick Kyrgios recalls his 2017 Laver Cup match against Roger Federer 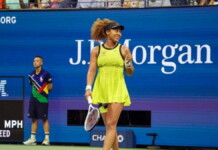 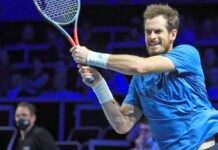 “Tonight I had too many opportunities that I failed to convert” Andy Murray talks about his tough win against Ugo Humbert at the Moselle...