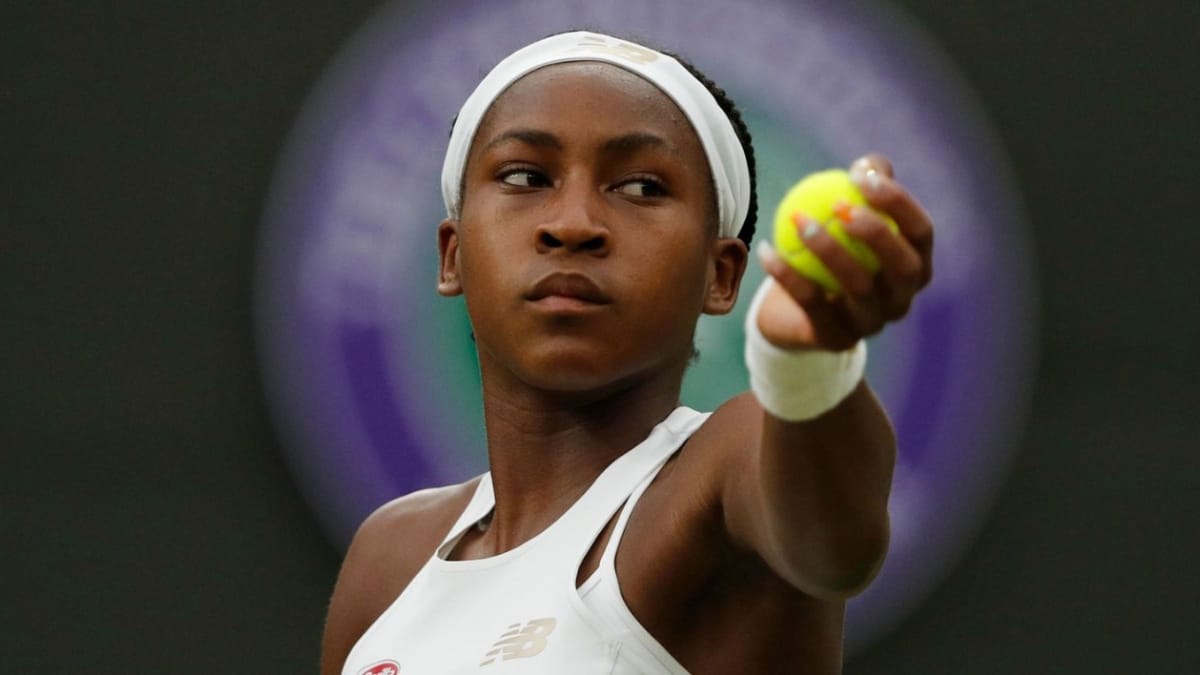 Coco Gauff is a tennis player from the United States. She achieved her career-high ranking of world No. 4 in singles and No. 1 in doubles. Gauff won her maiden WTA singles title at the Linz Open in 2019, becoming her the WTA Tour’s youngest singles champion since 2004.

With Caty McNally, she won three WTA doubles titles. Gauff rose to popularity after defeating Venus Williams in the first round of the 2019 Wimbledon Championships. She has reached three Grand Slam finals finishing runner-up on all occasions.

She reached her maiden Grand Slam final at the 2021 US Open in doubles along with McNally. At the 2022 French Open, she reached the finals in both singles and doubles with Jessica Pegula as her partner. The teen was however unlucky to lose both the finals as she awaits her maiden major.

Gauff has a net worth of 3.5 million dollars. With her brand partnerships with sports major New Balance, tennis equipment company Head, Barilla food items, and Microsoft, she has already generated millions in prize money and sponsorships at the outset of her career.

Does Coco Gauff have any charities?

Coco Gauff takes part in a number of charitable activities. Gauff participated in the Courtside Cause tennis exhibition on December 14. 2019 in Boca Raton, Florida, to raise funds for a variety of charitable groups, including the Ocean Conservancy, First Serve USA, and Dezzy’s Second Chance Animal Rescue.

Gauff took part in the Baha Mar Cup in the Bahamas in November 2019 to aid Hurricane Dorian recovery efforts. Gauff was a prominent contestant and visitor at the multi-day tournament, which was hosted by former doubles champion and Bahamas native Mark Knowles. He was joined by fellow American tennis star Andy Roddick.

Coco Gauff was born and raised in Atlanta, Georgia, and now resides there.

Coco Gauff is not dating anyone right now. Despite having accomplished so much at such a young age, she is completely focused on her tennis career.

Gauff’s event was at the $25K level in Surprise in 2018, when she reached the finals in both singles and doubles. Despite finishing second in singles, she and Paige Hourigan won their first WTA championship in doubles, defeating compatriots Usue Maitane Arconada and Emina Bektas.

She became the youngest WTA player to win a singles title since 2004 in 2019, defeating Jeena Ostapenko in the final. In all, Coco Gauff has 2 singles titles and 3 doubles titles. She has never won a Grand Slam title.

Q- How old is Coco Gauff?

Q- Who is Coco Gauff’s coach?

Coco Gauff is yet to win a Grand Slam.

Q- Who is Coco Gauff dating?

Currently, Gauff is single and focusing on her tennis career.

Q- How tall is Coco Gauff?

Q- What is Coco Gauff’s nationality?

Gauff is American by birth.

Q- What is Coco Gauff’s ranking?

Coco Gauff is ranked 17th in the world.

Q- How much is Coco Gauff’s networth?

Coco’s net worth is estimated to be 3.5 million USD.

Q- Where was Gauff born?

Q- When did Coco win her first title?

Coco Gauff won her first title at the 2019 Linz Open.