World No. 6 Rafael Nadal was unfortunate to catch the Covid-19 virus after his stint at the 3-day exhibition tournament in Abu Dhabi, the 2021 Mubadala World Tennis Championship got over. The Spaniard who played in a competitive match for the first time since August failed to win any of the two matches that he played and his visit was dampened further after he tested positive.

Nadal’s plan of action was to play in Abu Dhabi and then travel to Australia in order to undergo the quarantine before being ready to start his season in the first week of January at the ATP-250 event in Melbourne starting from the 4th of January. But with him testing positive for the virus, his plans might be in danger.

With the 2022 Australian Open set to begin from the 17th of January, Nadal targeted the tournament in Melbourne to prepare him for the Grand Slam where he will be hoping to win his 2nd Australian Open title and a record-breaking 21st Grand Slam title. His medical condition has however now threatened his plans but AO tournament director Craig Tiley believes otherwise.

The CEO of Tennis Australia recently interacted with the national press where he spoke about the chances of Nadal playing in Australia next month. Tiley believes Nadal contracted the virus at the airport and will be cleared to play Down Under once he is recovered from the virus.

“I have confidence in the coming of Rafa Nadal. Players who test positive now will stop being contagious after a while, and there will be no more problems then. Never being positive is a good thing, but if you want to play the Australian Open, now is the time to catch the virus,” said Tiley relaxed about the ‘King of Clay’ coming to play in the Australian leg of the Tour.

Nadal made his Australian Open debut in 2004 before being defeated in the 3rd round by local lad Lleyton Hewitt. He suffered a 4th round defeat in 2005 again by the hands of Hewitt and then skipped the 2006 edition due to a foot injury. After making the quarter-finals in 2007 and semi-finals in 2008, Nadal finally won the Slam defeating arch-rival Roger Federer in a thrilling 5-setter.

He reached consecutive quarter-finals in 2010 and 2011 before reaching the finals again in 2012 only to lose to Novak Djokovic and then reached the finals again in 2014 with Stan Wawrinka getting the better of him this time. He had to skip the 2013 edition due to a stomach virus that also saw him drop out of the Top-4 rankings for the first time since 2005. 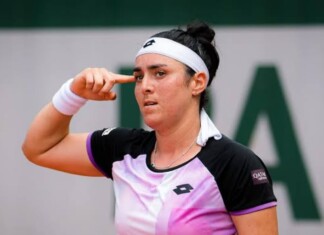