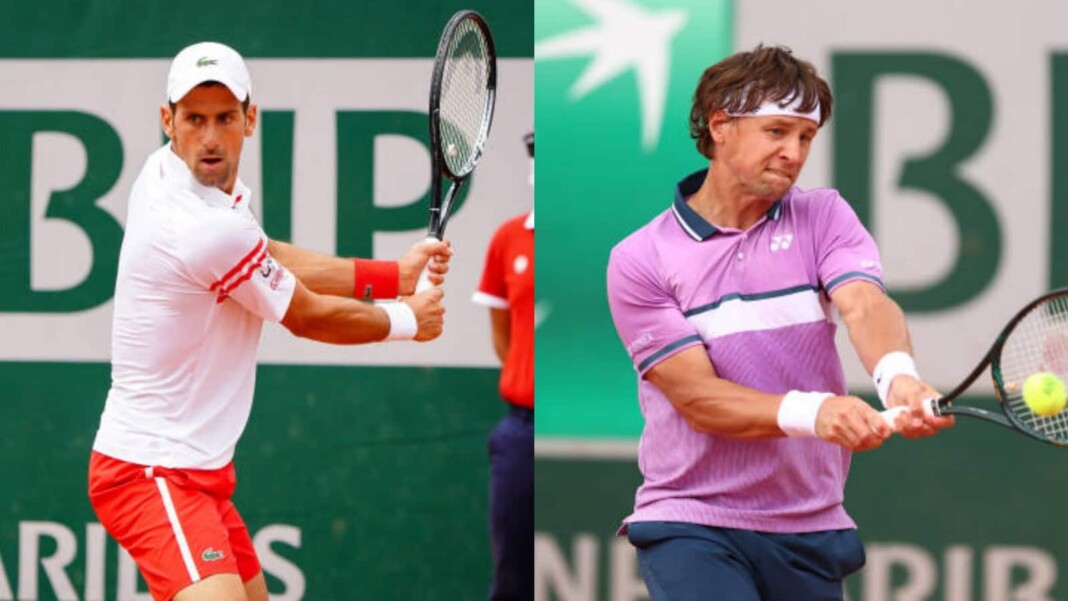 World No.1 Novak Djokovic will be up against Ricardas Berankis in the third round of the 2021 French Open. Djokovic is the top ranked player in the world while Berankis is the World No.93.

Top seed Novak Djokovic has been ruthless in the tournament so far. He was coming into Paris with a title in Belgrade and has just dropped 17 games in the two matches he has played. In the first round he got the better of Tennys Sandgren in the night game comfortably.

While in the second round, Djokovic looked like a beast, hitting winners left, right and center against clay courter Pablo Cuevas. He defeated the Uruguayan in straight sets 6-3,6-2,6-4 to reach the third round in Paris for the 16th time.

As for his opponent, Ricardas Berankis, he has been hitting very well this week too. The Lithuanian star was coming off an opening round loss at Belgrade but has manages to turn tables in his favor at Paris. He knocked the 29th seed Ugo Humbert out in the very first round in four sets and backed it up with a second round win over James Duckworth again in four sets 7-5,2-6,7-6(4),6-0.

This will be the fourth meeting between the duo. Djokovic leads the H2H 3-0. Their last meeting came at the 2020 French Open where Djokovic won in straight sets.

Novak Djokovic will go in as a huge favorite to win the match. The Serb has looked close to flawless this week. Berankis has never won even a set against Djokovic and it doesn’t look like he will win one this Friday. Expect an easy outing for the top seed with him moving into the Round of 16.