Wimbledon 2021: Novak Djokovic vs Marton Fucsovics LIVE stream: When, Where, and How to Watch

by Shubham Bhargava
in Wimbledon 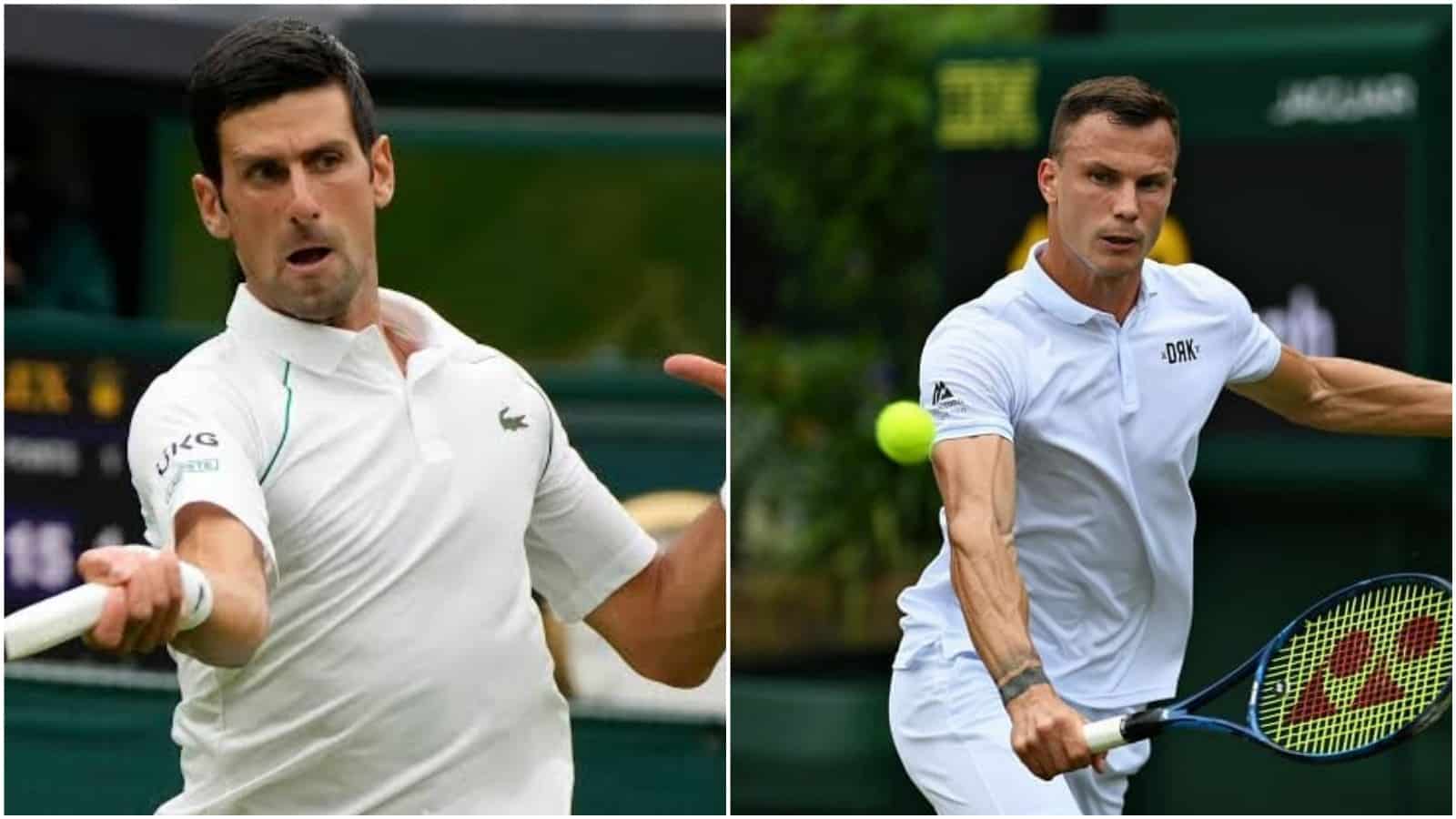 Top-seeded Novak Djokovic will take on Hungarian tennis star Marton Fucsovics in the quarter-final of Wimbledon 2021 on Wednesday. Djokovic has been in tremendous form at the grass-court Grand Slam. He thrashed Cristian Garín in straight sets in his fourth-round encounter to make his way into the top 8.

Djokovic has been impossible to get past for all his opponents. After his first-round encounter against Jack Draper, the Serbian tennis star hasn’t dropped a single set at Wimbledon. Denis Kudla did stretch him in the third set of his third-round encounter, but Djokovic was in no mood to take the match into the fourth set. He eventually defeated Kudla by 6-4, 6-3, 7-6. Below are the timings as to when tennis fans can catch Novak Djokovic in action on Wednesday.

Márton Fucsovics had to battle hard in his fourth-round encounter against Andrey Rublev. The match went into five sets and after dropping the second and the third set, Fucsovics scripted a brilliant comeback and eventually emerged victoriously. He now has a monumental challenge ahead of him in the name of Novak Djokovic and the highly-awaited clash between the two will be telecasted on BBC TV and live-streamed on Prime Video in the UK.

Fucsovics has been in great touch lately. Moreover, the way he kept a cool head under pressure in his last match-up suggests that he can defeat the best in the business. However, the odds are overwhelmingly in the favor of Novak Djokovic. The World No. 1 tennis star has been in imperious form and it would not be easy for Fucsovics to go past him.

Also read: Wimbledon 2021: Karen Khachanov vs Denis Shapovalov LIVE stream: When, Where, and How to Watch