Stefanos Tsitsipas apart from being a fantastic tennis player is also a Youtuber and an avid photographer. Spending nearly 40 weeks on the Tour across the globe, Stefanos creates vlogs of his travel and then later uploads them on his Youtube channel giving his fans an insight peek of life on the Tour for a professional player.

Lately, the Greek has taken a vested interest in philosophy and has been regularly posting philosophical quotes on his Twitter handle. While his first few tweets received praise from his followers, regular posting of copied philosophy has now got fans fed up with the 23-year old tweets and have now started trolling him.

In his recent tweet, Stefanos posted, “informed > influenced”. While some of his followers appreciated and replied to him with some other theories, the general reaction was not positive as the philosophical lessons did not sit well with many others.

‘You are misinformed about vaccinations’ Twitteratis take to trolling Stefanos Tsitsipas

With Stefanos preparing for the upcoming 2022 ATP Cup before he begins his hunt for maiden Grand Slam title at the 2022 Australian Open where he will be one of the favourites as he made it to the semi-finals of the 2021 Australian Open, Stefanos’s new tweet did not sit well with the Twitteratis who ridiculed him.

Also Read: “I’m using a muscle that I didn’t even know existed” Stefanos Tsitsipas is all set for the 2022 season 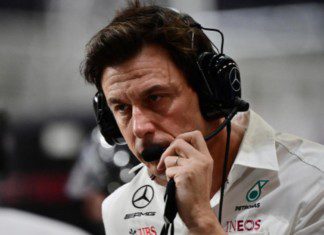