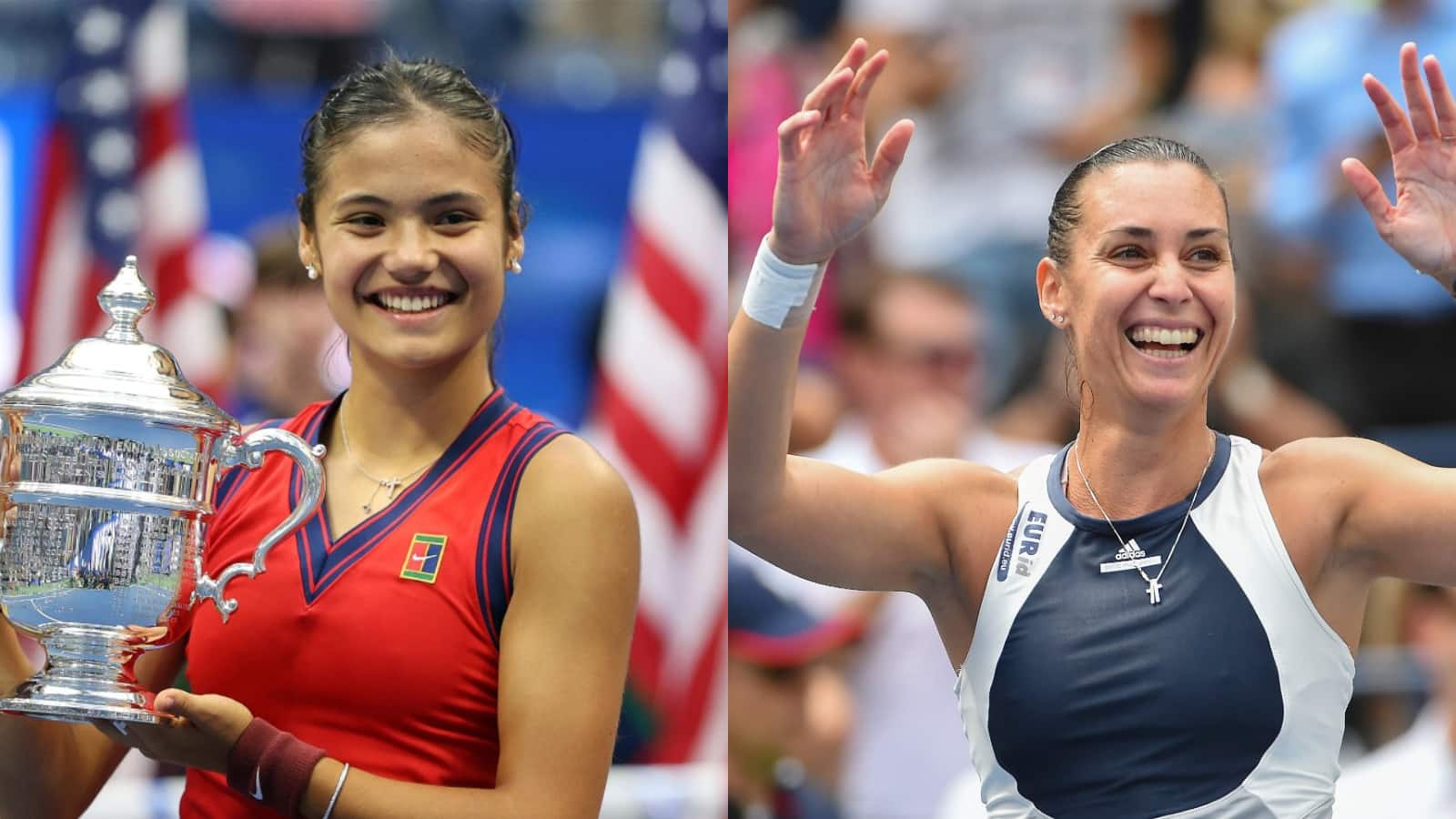 18-year old Emma Raducanu made headlines at the 2021 US Open and became the first player in tennis history to win a grand slam as a qualifier. In the final, she got the better of fellow teenager Leylah Fernandez in straight sets 6-4,6-3 to win the title. Ever since then, Raducanu has become a household game and is lauded by both former and current players.

But 2015 US Open champion Flavia Pennetta has questioned Raducanu’s success at Flushing Meadows. Pennetta, who is probably one of the best female Italian tennis stars of all time, said that back in her day, Raducanu couldn’t have pulled off what she did this year- referring to the quality of tennis missing in the women’s game.

“In my day it could never have happened that a girl who started from qualifying, like Emma Raducanu in New York, won a Grand Slam,” she told Corriere della Sera website. “Top athletes made too much difference. There is something wrong. Charisma is missing, so women’s tennis is more difficult to sell.”

Pennetta won the 2015 US Open after beating fellow Italian Roberta Vinci in the final and also got the better of tournament favorite Serena Williams in the semifinal. Speaking on Serena’s dip in form, she said: “A slam Queen cannot vanish into thin air. I have never been among the superstars but I lasted 15 years at a high level, and Francesca Schiavone [is] the same.”

“What Emma did in New York was amazing and tremendous for British tennis and is definitely going to inspire younger girls and boys to pick up rackets and play,” he said.

“It just shows all those girls who are around that ranking, Harriet Dart [the world No 134] and Jodie Burrage [No 222], that they could qualify and go deep. What Emma has done has been extremely impressive and she inspired me a little bit.”