World No. 9 and the 7th seeded Iga Swiatek makes a solid start to her campaign at the 2022 Australian Open as she defeats Britisher qualifier Harriet Dart 6-3, 6-0 in 1 hour and 12 minutes on the Rod Laver Arena in the first round clash between them. While the scoreline suggests it to be a thrashing by the Pole, it was not the case.

Iga found herself 1-3 down in the first set and then won the next 11 consecutive games to take out Dart. Serving for the match, Iga was 15-40 but recovered well to take the game and drop a bagel on her opponent. While neither of them managed a single ace, Iga had a disciplined game as compared to Dart with the British making 3 double faults to Iga’s 0 and 26 unforced errors to Iga’s 17.

“For sure, first rounds are always tricky and with the sun out there on the other side, it gets difficult to serve. So I just taught myself to be patient and wait. It’s pretty hard to be a perfectionist in a sport like that because you will mistakes. In moments like today at the beginning of the match, I might get angry but now I am focused on the right things and finding solutions, that’s where the psychologist helps,” said Iga during her on-court interview.

In a repeat of the 2nd round fixture at the 2021 French Open, Iga will be up against Sweden’s Rebecca Peterson in the second round with the match scheduled on 20th January. Iga had won the match last time comfortably with a 6-1, 6-1 scoreline and will look to replicate it.

Iga maintains her perfect round 1 record at the Slam as she reaches the 2nd round for the 4th time in her 4 appearances so far and will look to best her previous best result of reaching the 4th round achieved in 2020 and 2021.

Also Read: ‘I never lost motivation!’ Garbine Muguruza storms past Clara Burel to reach the second round of 2022 Australian Open 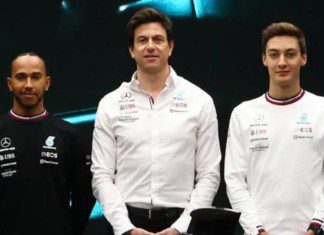