French Open 2021: Day 6- Williams, Azarenka, Vondrousova all march into the Round of 16, Sabalenka faces shock defeat 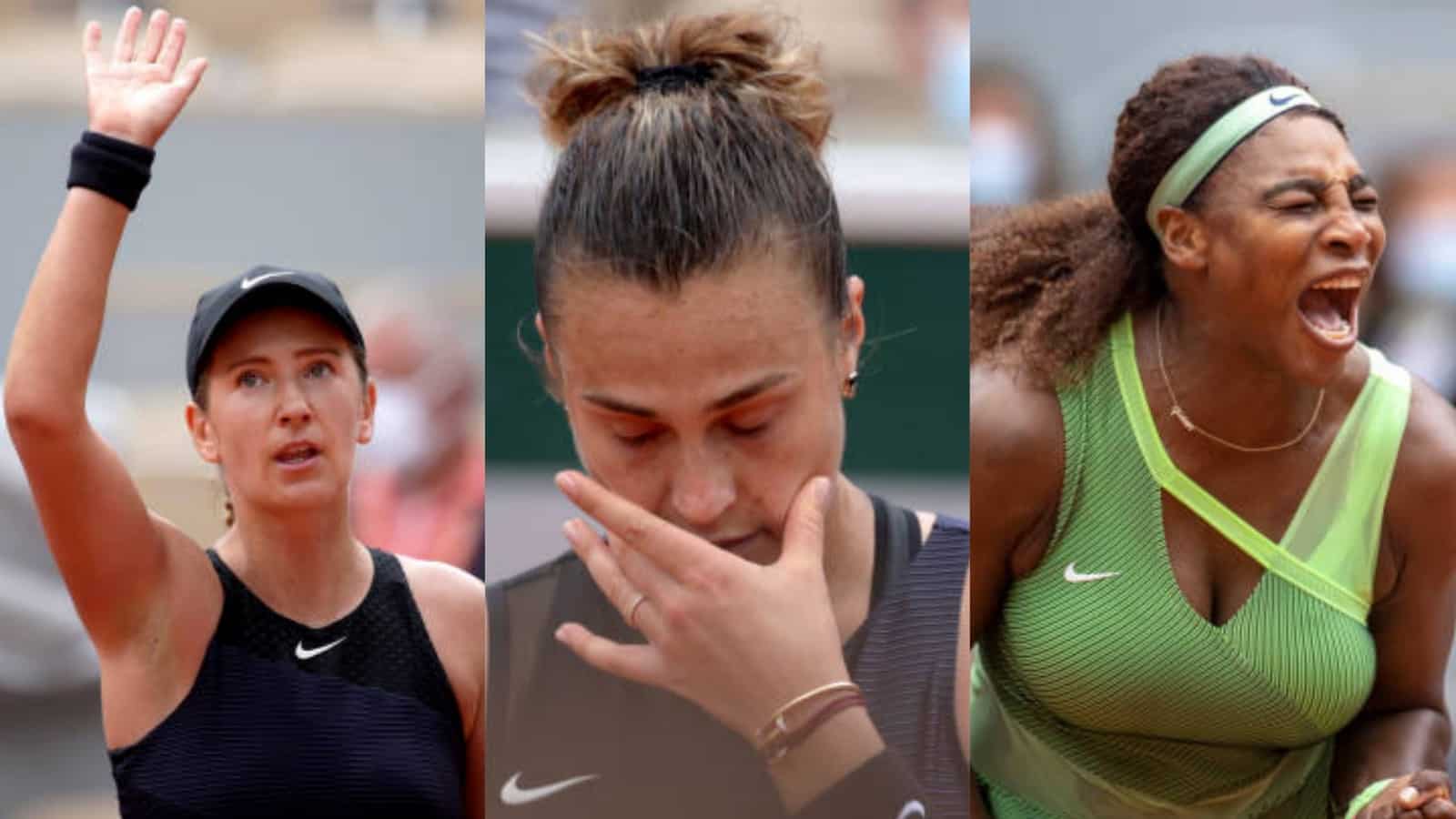 Day 6 of the 2021 French Open saw Grand Slam Champions, Serena Williams and Victoria Azarenka getting into the Round of 16 while the highest seed left in to women’s draw, Aryna Sabalenka bowed out of the Competition. The day also saw in form Paula Badosa save match points to prevail while former runner-up Marketa Vondrousova make into the second week again.

Former World No.1 and multiple grand slam Champion Victoria Azarenka reached the Round of 16 of the French Open for the first time since 2013 with a 6-2 6-2 victory against American Madison Keys in the first match of the day on Court Philippe Chatrier.

“Right from the beginning I knew there would be a lot of intensity, heavy balls. I tried to be solid and put pressure on her so she cannot dictate the points,” she said after the win. She will face Russian Anastasia Pavlyuchenkova next on Sunday.

In a tournament full of upsets, third seed Aryna Sabalenka fell prey to Russia’s Anastasia Pavlyuchenkova in the third round. The Russian defeated the World No.4 with a scoreline of 6-4,2-6,6-0 in an intense battle.

In the match, Pavlyuchenkova converted 5 out of 10 break points, and hit 22 winners against 16 unforced errors. The 29-year-old has proceeded to the fourth round of Roland Garros for the first time since 2011, and just the second time in her career. She will next face former world number one Victoria Azarenka

3-time Roland Garros Champion, Serena Williams, who is now the highest seed left in her half of the draw, went warning to her fellow compatriots with a dominant straight-sets win over good friend Danielle Collins to reach the French Open last 16 for the first time since 2018. The 39-year-old, still one short of Margaret Court’s all-time record of 24 Grand Slam singles titles, saw off fellow American Collins 6-4, 6-4.

She said: “Today it was very difficult, but I played well, stayed concentrated. I’m very happy.” She will face Kazakh 21st seed Elena Rybakina next on Sunday.

Also read: French Open 2021: Day 6- Medvedev, Zverev storm into the fourth round, Ruud goes out in a five set thriller