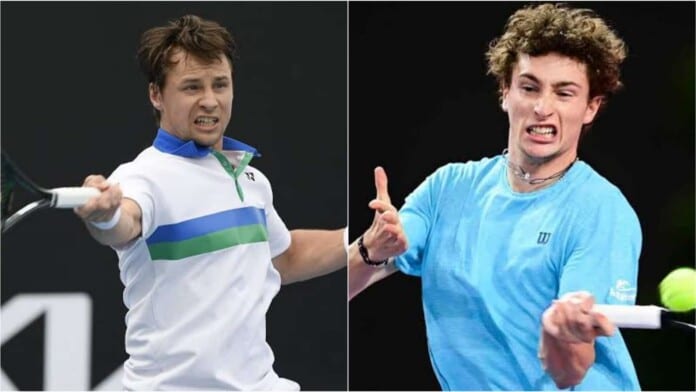 29th-seed and local favourite Ugo Humbert will have a tricky opponent to face in the form of Ricardas Berankis in the opening round of the French Open 2021. Though there is a vast difference between their rankings (Humbert is currently ranked World No.32 while Berankis is ranked at 92), the match is expected to be a close one with some high quality tennis on display.

Talking about the form coming into the tournament, Berankis is going through a lean patch. The 30-year old Lithuanian recently played in the Serbia Open 2021, where he got ousted in the first round itself, losing out on straight sets to localite Dusan Lajovic 3-6, 3-6.

The same can be said about Humbert as well, who too made a first round exit in the latest event that he played. The 22-year old Frenchman pocketed the first set before giving away the match to Yoshihito Nishioka, the scoreline reading 6-3, 3-6, 4-6 at the Lyon Open 2021.

The two players haven’t faced each other on the ATP Tour prior to their meeting at Roland Garros. So the head-to-head record currently is deadlocked at 0-0.

Both players are on the same page when it comes to current form, making this encounter a highly entertaining one. Having said that, the only factor that goes in the favour of Humbert is he will be playing in front of his home fans, which will certainly give him a much needed confidence and therefore, Humbert looks set to progress into the next round, however, not before some stiff resistance from his Lithuanian counterpart.